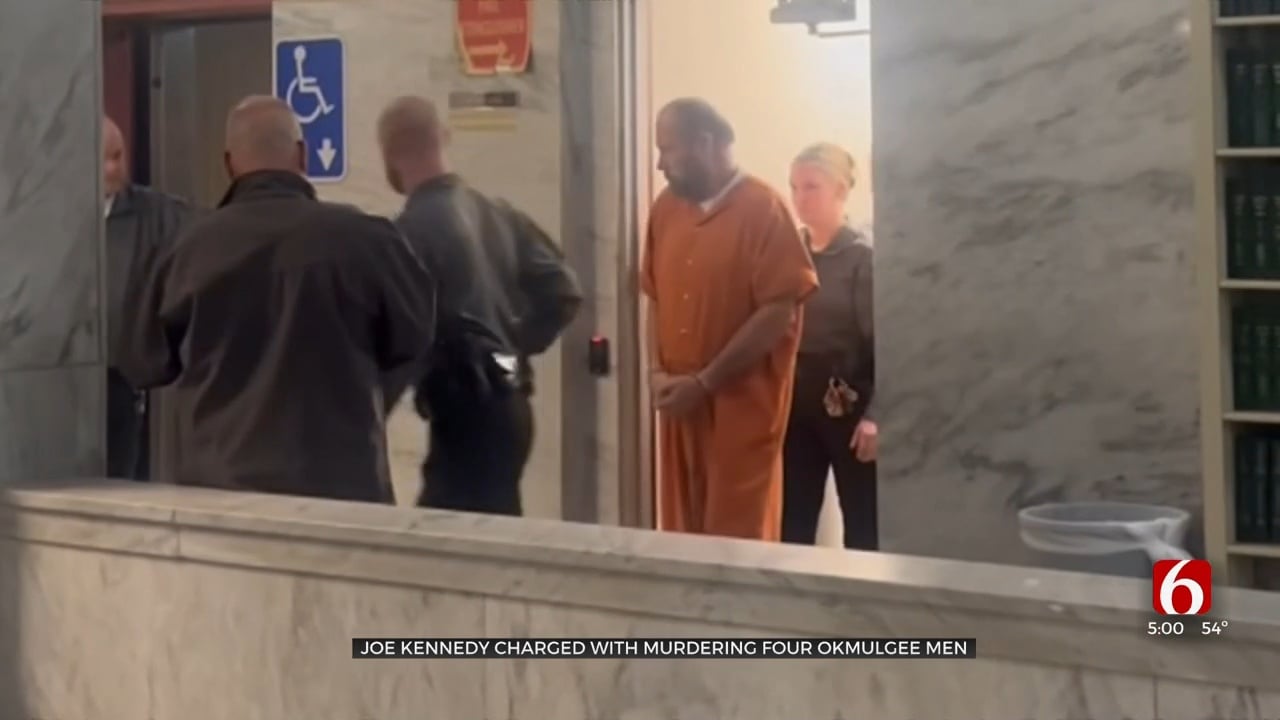 The person of interest in the murder and dismemberment of four men in Okmulgee has been charged with four counts of first degree murder.

This comes after unsealed court documents show Joseph Lloyd Kennedy II, 67, confessed to killing the men because he thought they were stealing from him.

The Okmulgee County District Attorney said there were a lot of moving parts to this investigation. She needed to make sure the evidence gathered proved, beyond a reasonable doubt, that Kennedy was guilty of murder.

She said evidence shows the four men went to Kennedy’s scrapyard, and that's where they were shot. Joe Kennedy did confess to a girlfriend about the shooting and that he had dismembered the victims, she said.

The D.A. said her office is considering whether or not to seek the death penalty.

"That decision has not yet been made, typically we make that after we have time to sit down with the families, so at this point we have not made that decision," said District Attorney, Carol Iski.

Kennedy is being held without bond.