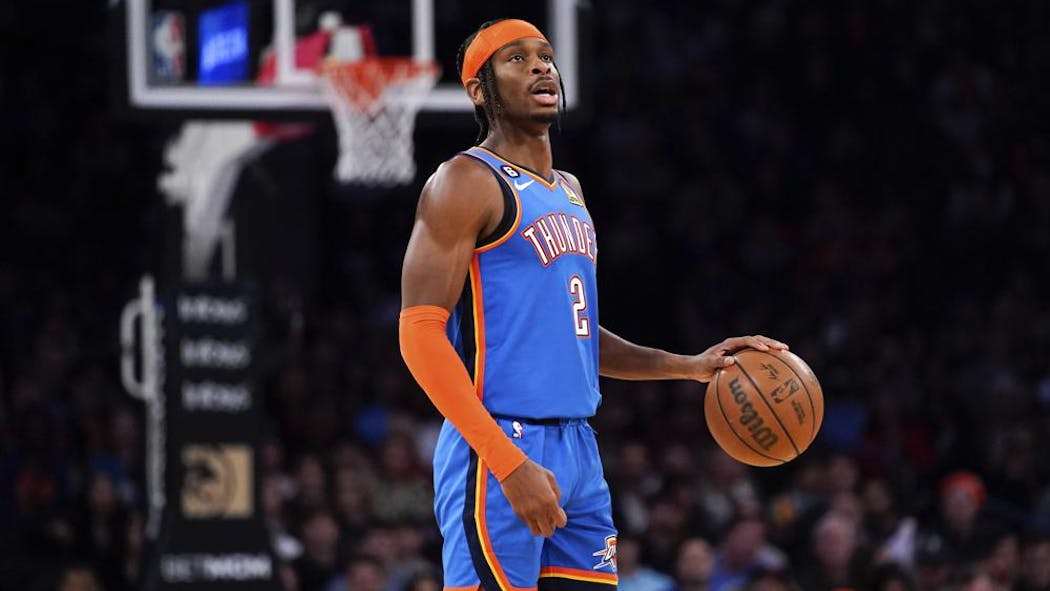 Shai Gilgeous-Alexander scored 35 points, Josh Giddey had 12 of his 17 points in the final period, and the Oklahoma City Thunder overcame a 14-point deficit in the third quarter to beat the Atlanta Hawks 121-114 on Monday night.

Dejounte Murray finished with 24 points and Trae Young had 23 points and 10 assists for the Hawks (13-11), who have squandered six double-digit leads this season. They began the night tied for second-most in the NBA in that category.

In winning its third straight, Oklahoma City (11-13) has outscored its last three opponents 106-68 in the fourth. The Thunder trailed 88-84 entering the final period.

Giddey’s three-point play early in the fourth made it 91-90 for the Thunder’s first lead since late in the first. They never trailed again as Gilgeous-Alexander, the league’s third-leading scorer, kept hitting free throws down the stretch. He scored 12 points in the fourth and finished 15 for 15 from the foul line.

Oklahoma City went on a 23-8 run over an eight-minute span until the 2:53 mark of the fourth, putting too much distance for the Hawks to overcome. Gilgeous-Alexander hit a pair of free throws to make it 111-103 with 1:04 remaining to all but finish off Atlanta.

Young threw a backward pass over his right shoulder to feed Murray for a dunk that made it 63-54 early in the third, and Oklahoma City called timeout. A.J. Griffin later followed with a 3 that put the Hawks up 66-56, and Atlanta pushed the lead to 14 before the Thunder went on a 17-6 run to close within two on a pair of free throws by Gilgeous-Alexander.

Onyeka Okongwu’s fastbreak jam put the Hawks up 41-31 for the game’s first double-digit lead at the 7:40 mark of the second quarter.

Young was 0 for 5 from the field before his baseline runner gave Atlanta a 56-52 lead in the final minute before halftime. The Hawks were ahead 59-54 at intermission.

Before Giddey hit a layup and free throw early in the first, the Thunder had their last lead at 23-21 on Ousmane Dieng’s dunk late in the first. Dieng, a rookie, scored a career-high 15.

Thunder: Coach Mark Daigneault said swingman Kenrich Williams, who missed the game with a right knee sprain, isn’t expected to be sidelined for long. ... Jalen Williams started instead F Aleksej Pokusevski and had 12 points in 31 minutes minutes. ... One game after seven players scored in double figures in Saturday’s 135-128 win at Minnesota, Oklahoma City placed six players in double figures. ... The Thunder won in Atlanta for the first time since March 2018.

Hawks: Prior to the game, longtime TV announcer Bob Rathbun briefly lost consciousness on the court and was treated for dehydration. He was listed as stable, responsive and heading to a nearby hospital for further evaluation. ... Griffin has connected on at least one 3 in nine straight games, the longest such active streak among NBA rookies.