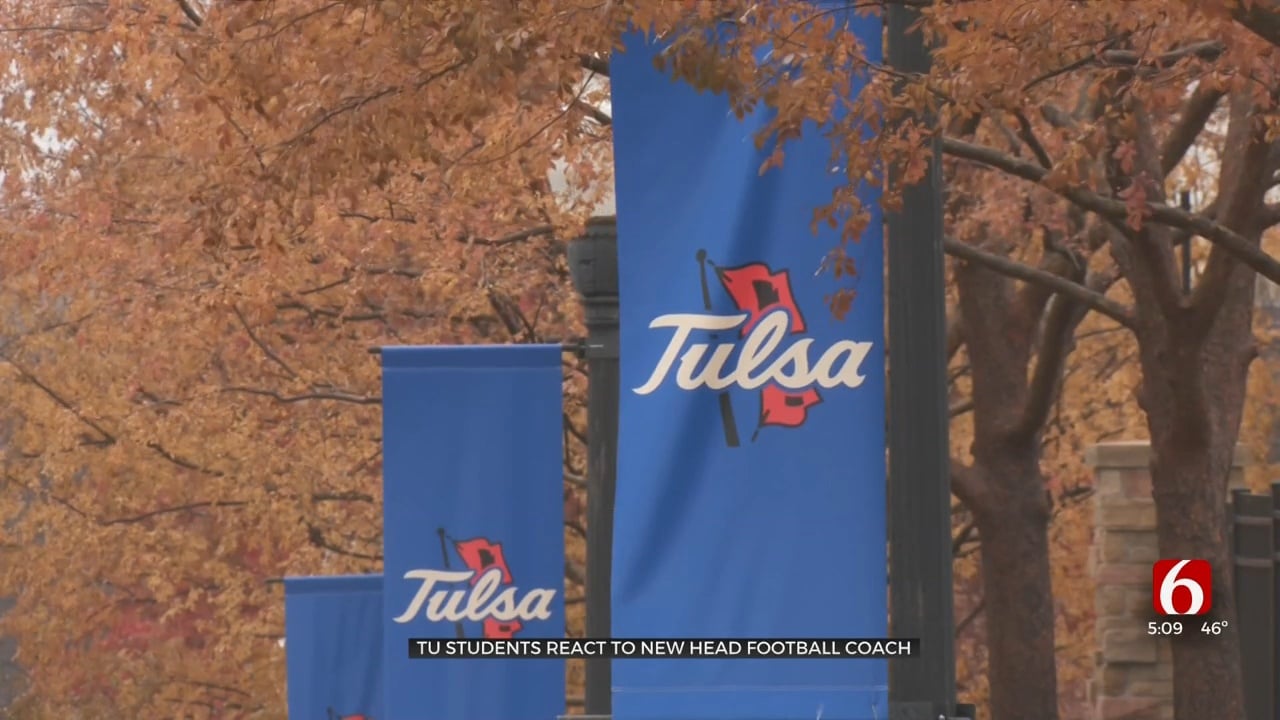 TU football is over for the season, but campus is still buzzing with the excitement of getting a new head football coach.

"I had to almost kind of wipe my eyes away and be like oh wow, this is awesome, this is really cool," said TU Senior, Freddy Ward.

He goes to a lot of games and organizes events for fans on gamedays. He thinks Kevin Wilson will be a great addition to the Golden Hurricane family.

"I know coach Wilson is going to be absolutely fantastic, being from the Ohio State is definitely going to be a very big pull, a very big draw, and I think it's just exciting is the biggest thing," said Ward.

The fact that Wilson comes from a big state school is a plus for many students who hope he will bring good energy to the team.

"He brings the fire, he brings the joy,” said Junior, D.J. Turner. He knows a head coach is an important part of team morale and hopes Wilson will lead the team to success next year.

"Oh we definitely got to go to a bowl game that's the thing and I feel like we definitely can do it. I'm going to be a senior next year so I'm definitely rooting for them. I need some joy, you know what I mean," said Turner.

"So I know he's been a little bit in Oklahoma some, so he's a little bit of an Okie. I think that's also fantastic, so he kind of knows the feel and what goes on around here," said Ward.