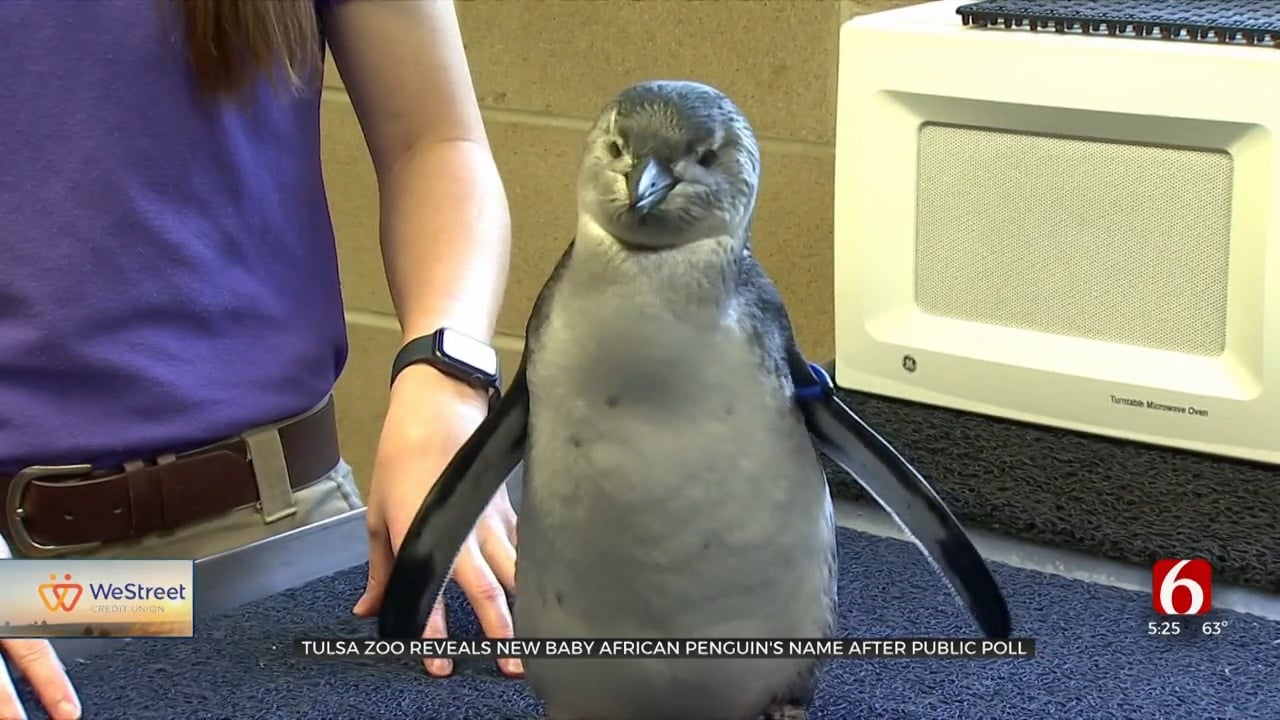 One of the Tulsa Zoo’s newest penguins is described as sweet, gentle and calm.

Her name is “River,” inspired first by her identification number 4242, which led zoo staff to think of names related to Jackie Robinson, and Mariano Rivera.

The Tulsa Zoo asked the public to name one if its newest baby penguins. It gave voters three options: River, Robbie and Sandy.

It is rare for the Tulsa Zoo to ask the public to name an animal, but the zoo is celebrating the African Penguin Exhibit being open for 20 years and gave the public three options to name a baby penguin.

Taylor Harris is the Zoological Supervisor for the Bird Department at the zoo. She spends a lot of time around River.

"Each one of them's got their own little personality, or I like to say 'penguinality,' since they're not people. They have their own little quirks,” Harris said. "She's just a very sweet, gentle, calm penguin."

Harris said now that River is three months old, she's no longer considered a "chick," but a "juvenile." River is a second generation Tulsan.

"She was hatched to her parents Dassen and Ireland, which is actually pretty amazing because they were actually hatched here at the Tulsa Zoo as well."

About 10,000 voters chose between the three names: River, Robbie and Sandy. "Robbie" for Jackie Robinson; “River” was inspired by New York Yankees' Mariano Rivera. “Sandy,” short for Sandman, is one of Rivera's nicknames.

"We would have been happy with any of the other two names as well, but River, we were very happy that that's what the public chose as well,” Harris said.

Now that River has a name, she can focus on swimming, eating and learning.

"She has to learn her place in the colony,” Harris said. “She needs to learn where she goes, where she doesn't; she doesn't go into other nest boxes, things like that."

The public can come out and see River at the zoo from 10 a.m. to 4 p.m. each day, as long as the temperature outside is above freezing.