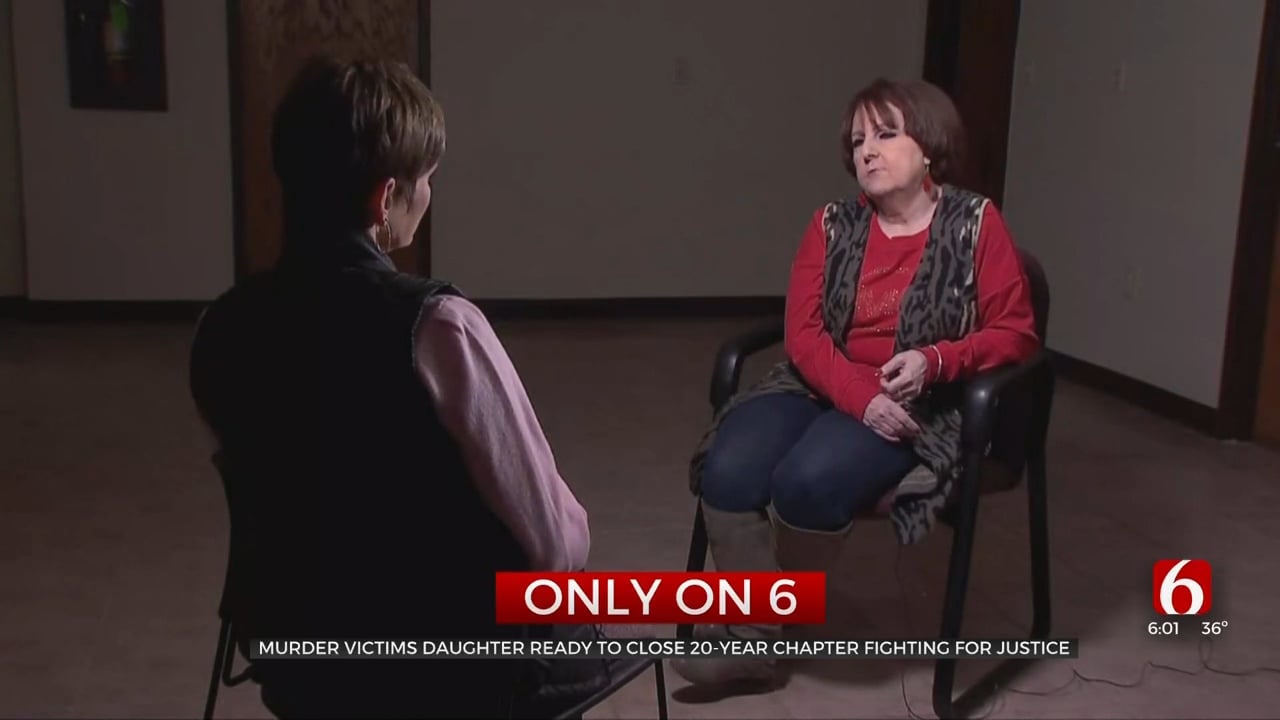 AJ and Patsy Cantrell's grandson said the past two decades have been a nightmare for his family and it's unfortunate it took so long to get to this point.

Eizember broke into the Cantrell's home in Depew in 2003, to spy on his girlfriend. When the AJ and Patsy came home and found him, he killed them.

That crime led to a 37-day manhunt for Eizember, which is the longest in state history.

While on the run, Eizember shot his ex-girlfriend's teenaged son, beat up her mother and kidnapped another couple, before he was finally arrested.

News On 6’s Lori Fullbright has been covering this case for two decades and was in the execution chamber Thursday as a witness.

Debra Wyatt, AJ and Patsy's daughter, said the execution wasn’t one of joy or celebration; it was just a relief to finally have this terrible, long chapter of her life closed.

Debra said her family never asked for any of this. Her parents were random, innocent victims who never did anything but raise a family and do good for their community.

She said their lives touched many people and their deaths left a hole that could never be filled.

"I’ll never forget when we first had to enter that house after it was cleaned up by the crime scene people and there was a bloody fingerprint on the wall," Debra recalled.

She said her family didn’t want this execution out of revenge, but because they believe it was a fitting punishment for the vile nature of the crime.

Debra said a death penalty should never take this long, because it puts victims’ families through decades of torture.

"Every time something got delayed, my heart would just sink and think, 'Please, is this ever going to be over?'" said Debra.

In his final words, Debra did not hear an apology for the lives taken or for the years of grief.

"It’s hard to listen to what he said and not be hurt by it still,” Debra said.

Debra has been a champion for other victims, speaking to groups all over the state and even earning a Governor’s commendation, but has only ever wanted her parents to have lived out their lives in peace.

Her dad was widely known for his music and artwork. Her mother was a woman of deep faith. They raised their girls on the Circle Drive Ranch on highway 66. It was a good life, until violence changed it all.

Most people don’t know Debra’s sister was murdered in a domestic situation and they buried her two days before the murder trial began for her parents' murders.

Debra has MS, which is made worse by stress and the last 20 years have been filled with great stress.

Now, she just wants to enjoy her family, her husband of 43 years, her sons and grandchildren. Someday, she’d like to write a book about her parents and this case.