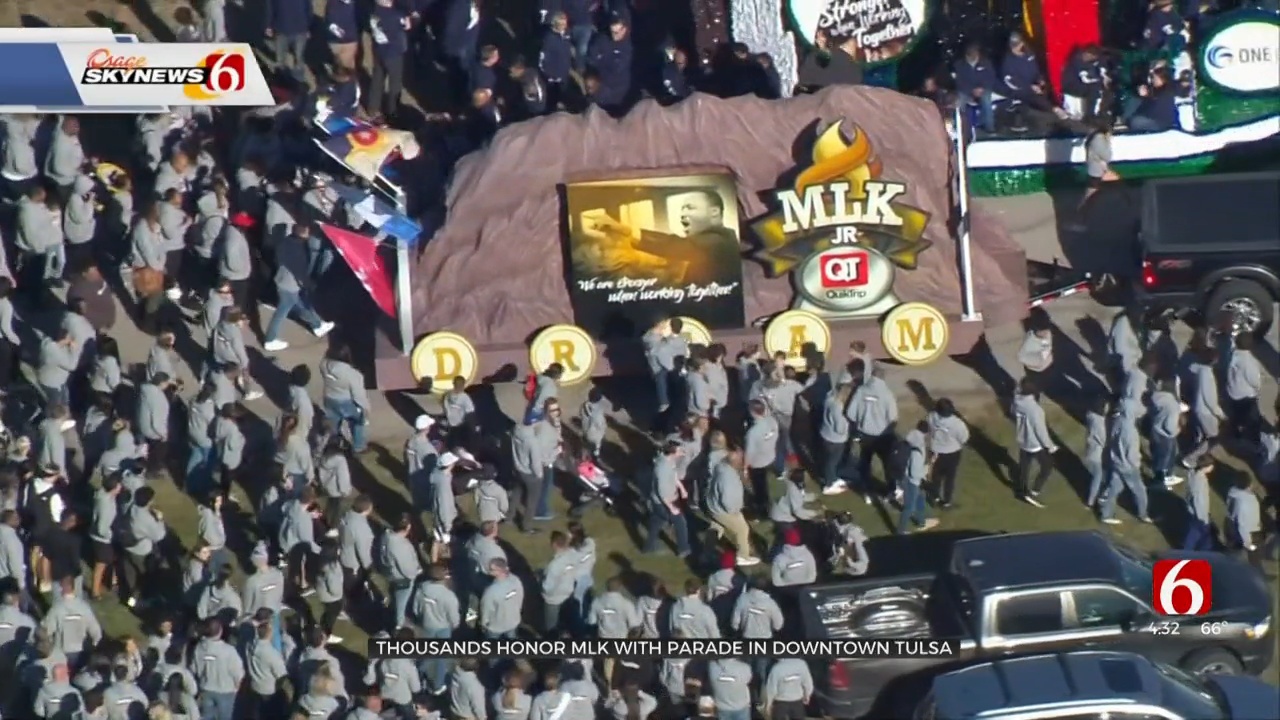 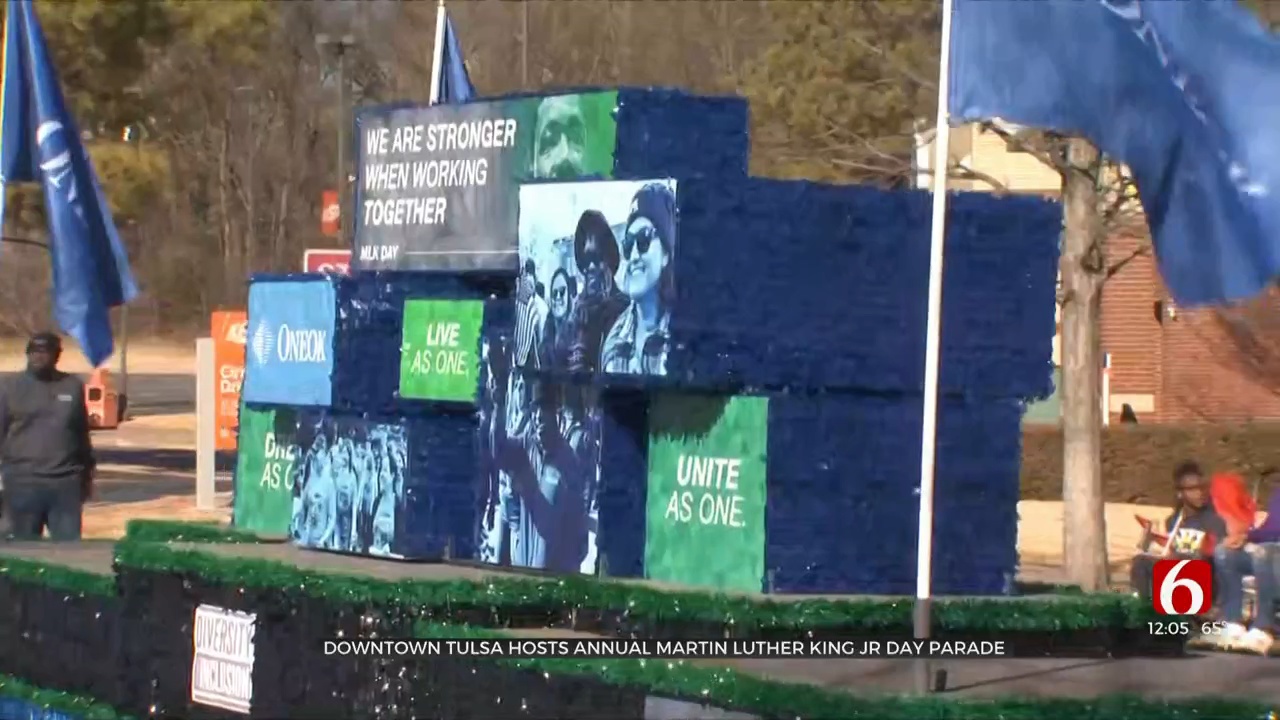 Tulsans are honoring the life and legacy of Dr. Martin Luther King Junior.

Tulsa’s parade is one of the largest in the country and more than 180 organizations filled the streets for the celebration.

The excitement and energy were matched by the weather, with sunshine and blue skies serving as the backdrop.

Terry and Qunesha Brown are pastors at God's Anointed People, GAP Ministries. It’s their first year to participate in the parade.

"And this is the fulfillment of that dream, that we're all coming together as one and we're working together. No more division, no more separation,” Terry said.

From young to old, people of all ages came to remember Dr. King’s dream.

It was also Raittia Rogers' first time to march. She’s the author of "I Broke Out of Prison,” a story about her life.

"We're all equal, we're all free. We all should be free,” Rogers said.

"When you come out here, you're going to see the audience is pretty diverse and it's because it is a theme that speaks to so many people,” said Chris Payne, who helped organize the parade.

The theme this year is "We Are Stronger When Working Together" reflecting Dr. King's message of equality.

"It's one that is so universal, and it resonates certainly. I mean there's been a lot of recent events in our history that I think have kind of challenged that, and I think it really speaks to people,” Payne said.

"So that's what we're out here for, to show our support and that we're here and celebrating the fulfillment of a dream of Dr. Martin Luther King,” Terry said.

A dream being celebrated decades later and for decades to come.