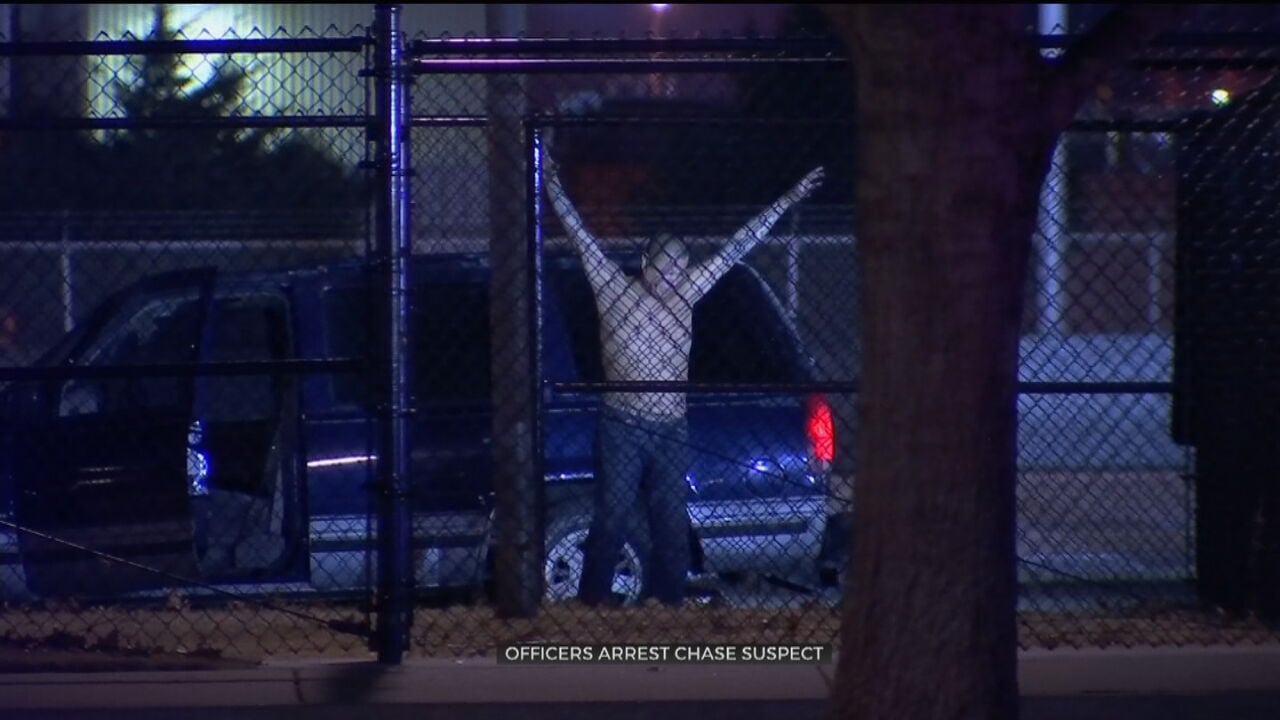 Only On 9: Man Arrested After Allegedly Leading Oklahoma City Police On Overnight Chase

A man is in custody on Tuesday morning accused of leading Oklahoma City police on an overnight chase.

According to police, officers had initially attempted to stop the suspect for a traffic violation, but he refused to pull over for officers, leading them on a pursuit.

Police say after a long chase, the suspect eventually hit a spike strip near Mid America Boulevard and Southeast 29th Street at around midnight, which brought his car to a halt. The suspect then refused to exit his vehicle and officers fired a non-lethal round inside, forcing the suspect out.

News 9 Photojournalist Lex Stanfield was on the scene as Oklahoma City Police approached the man's vehicle and captured video of the arrest.

Police have not yet identified the man involved.

This is a developing story,m stay with News 9 for the latest updates.