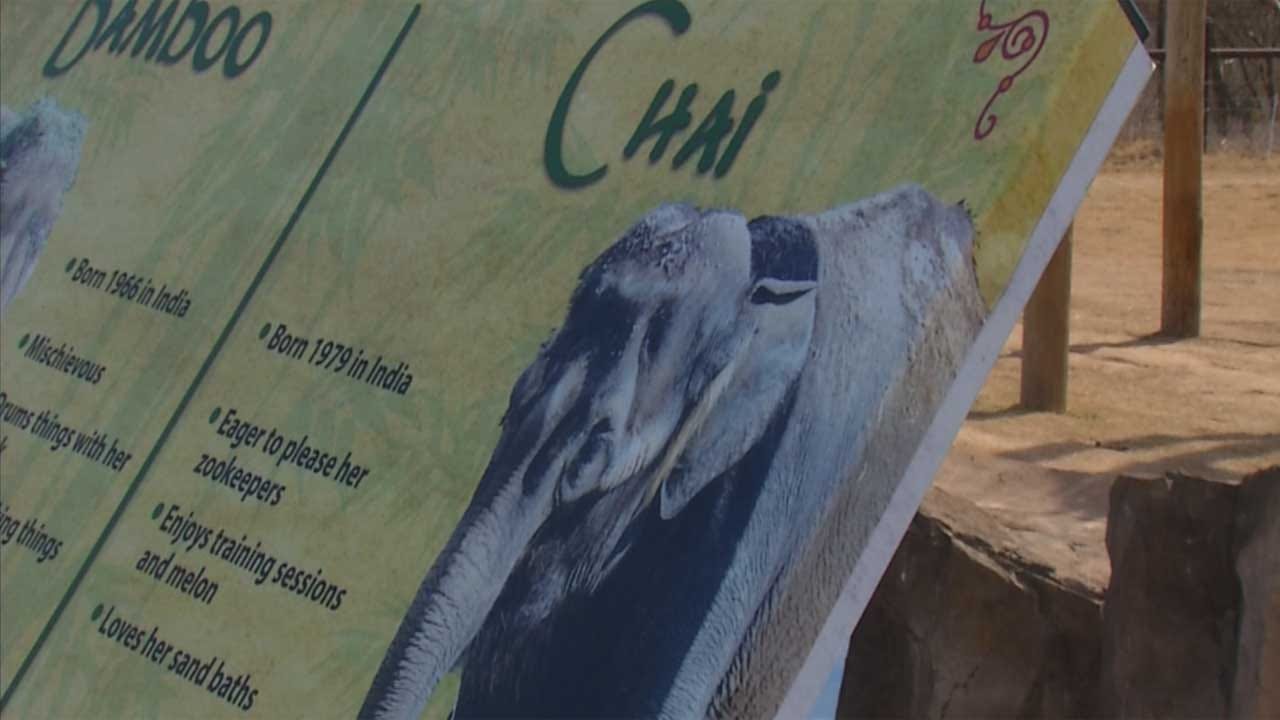 Zookeepers at the Oklahoma City Zoo made an unfortunate discovery Saturday morning.

They found 37-year-old Chai, the Sumatran elephant, dead in the exhibit.

“We think of these animals as part of our family and we take that very seriously,” said the zoo’s spokeswoman Tara Henson.

Henson said there were no signs of injury, illness or foul play, but Chai’s body was taken for a necropsy (an animal autopsy).

“She was normal-behaving yesterday, was eating fine, behaving fine, participating in routine training exercises that we do as part of their well-being,” she said.

Chai was one of two elephants from the Woodland Park Zoo in Seattle.

Their arrival back in May was marked by protests and a legal fight from animal rights groups who said the elephants wouldn't adjust to life in Oklahoma and belonged in a sanctuary.

The elephants' trip was also marred by bad weather and their arrival was delayed several times due to travel problems.

“We are deeply saddened and our hearts go out to our friends at OKC Zoo. We loved Chai. This is a difficult time for all of us,” the Woodland Park Zoo staff wrote on Facebook.

Chai was the second elephant to die at the zoo and the third animal to pass away in less than a year.

Last October, 4-year-old Malee died after contracting a strain of elephant herpes and a 15-year-old giraffe also died after having digestion issues.

Those coupled with the near escape of a tiger last spring and Chai's death Saturday morning, have some concerned over the well-being of the animals under the zoo's care.

“I trust in my colleagues and what we know and how we do our jobs. Sometimes those that don't believe in what we're doing may not have the same kind of experience or knowledge that we do. So we may have to agree to disagree,” Henson said when asked about the concerns.

Initial results of the necropsy may not be available until early next week, according to a news release from the zoo.

The remaining elephants in the herd are behaving normally, but Henson said zookeepers will be keeping watch for anything out of the ordinary.