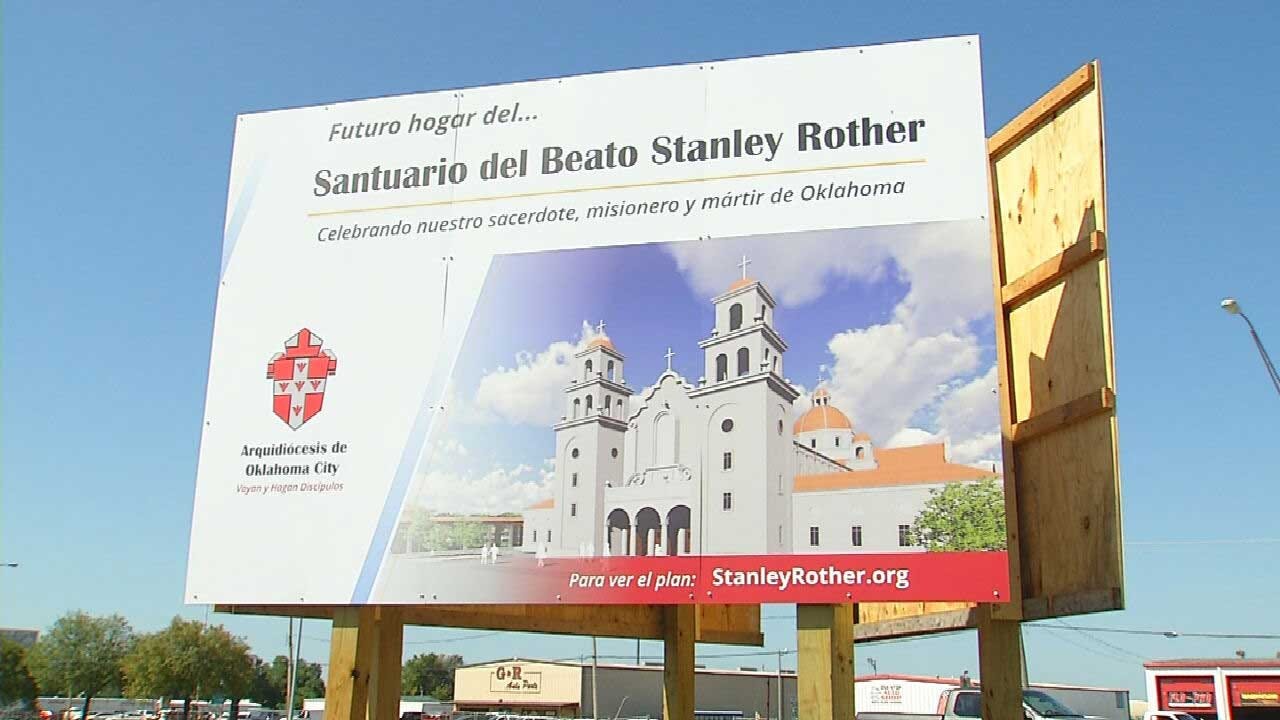 The shrine to martyred Oklahoma Priest Stanley Rother will be the biggest Catholic church in Oklahoma.

The Catholic Archdiocese of OKC gave News 9 a closer look at the $40 million project that’s expected to be completed in the summer of 2022.

Rother was born in Okarche and would serve as a missionary in Guatemala after being a Priest.

At time of violence in the Guatemalan Civil War, the 46-year-old Rother discovered he was a death list and refused to leave the country.

“Ultimately, he was killed, murdered, martyred in the Parrish house July 28, 1981,” said Coakley.

The Archdiocese of Oklahoma City will break ground on the Spanish colonial-style shrine in November. It will include a 2,000-seat church, a chapel where the martyred priest will be buried, an education building and event space.

“We are confident there were will be people coming from all over the United States,” said Coakley.

The Catholic Church beatified Rother in 2017. It’s the final step before canonization.