Mexico To Take Action As Migrants Try To Reach US President Trump Shows Envelope, Saying Its The Agreement With Mexico 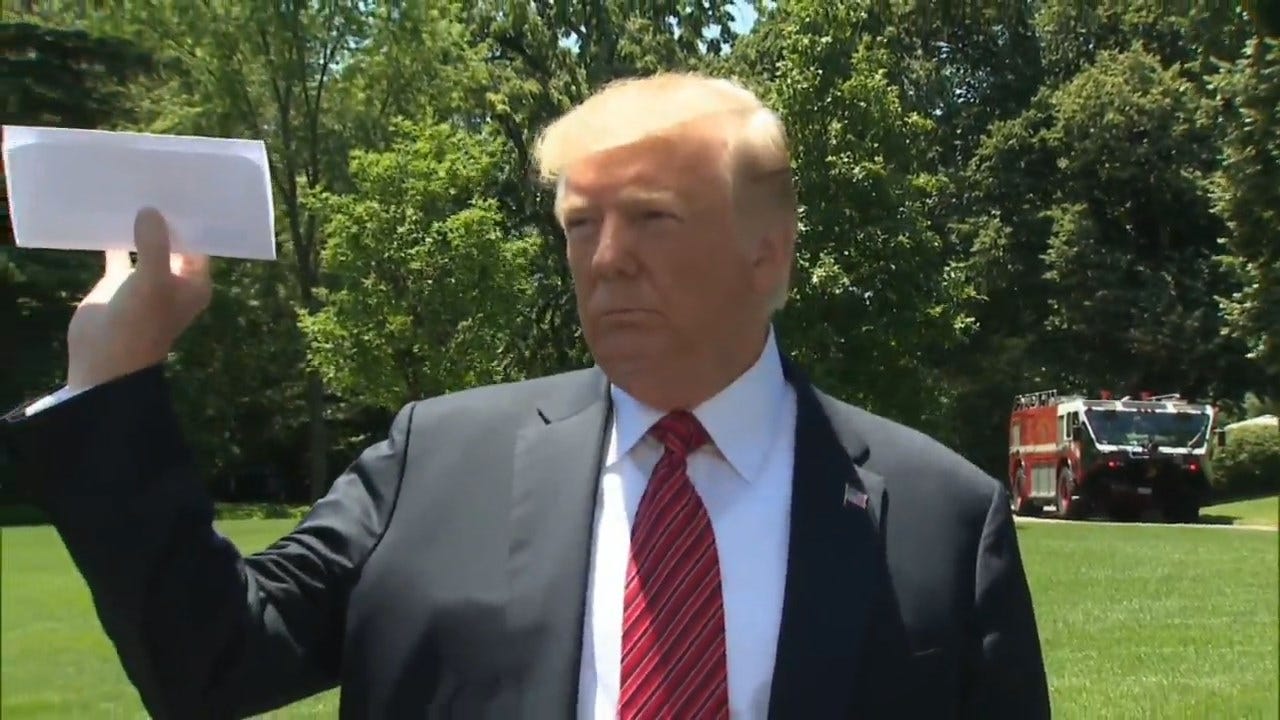 President Trump may have accidentally revealed part of his secret deal with Mexico to curb illegal immigration. While talking with reporters Monday, the president brandished a sheet of paper and identified it as the agreement in question – but refused to share details of what it contained. But photographers captured portions of the text, which seem to hint at a deal to share the burden on refugees.

This comes as Mexico is stepping up efforts to slow migration from Central America to avoid U.S. tariffs. Mexican officials vowed to continue deporting Central Americans looking to reach the U.S. Thousands have already been deported, but politicians are hoping a new approach -- the accelerated deployment of 6,000 Mexican National Guard troops -- will deter migrants who use popular routes like the river separating Mexico and Guatemala.

If that plan doesn't work in the next 45 days, Mexican lawmakers could consider legislation requiring migrants to seek asylum in Mexico first.

Many raft owners use the waterway to transport goods and passengers. Some, like Marino Hernandez, worry the crackdown on migrants who cross the river could hurt their businesses too.

"It's going to reduce our activity here," Hernandez said.

Aguilar says the troops' pending arrival already appears to be slowing the flow of migrants. Immigration officials are already stepping up enforcement. But many migrants fleeing violence and poverty are undeterred by the crackdown.

So far, there's no sign of the Mexican National Guard where CBS News' Manuel Bojorquez is stationed at the nation's southern border -- but there's plenty of activity at checkpoints operated by immigration agents and military police.

In the U.S., Customs and Border Protection announced it's sending an advisory team to Guatemala. But critics of these plans say they do nothing to address the reasons people are fleeing Central America in the first place.