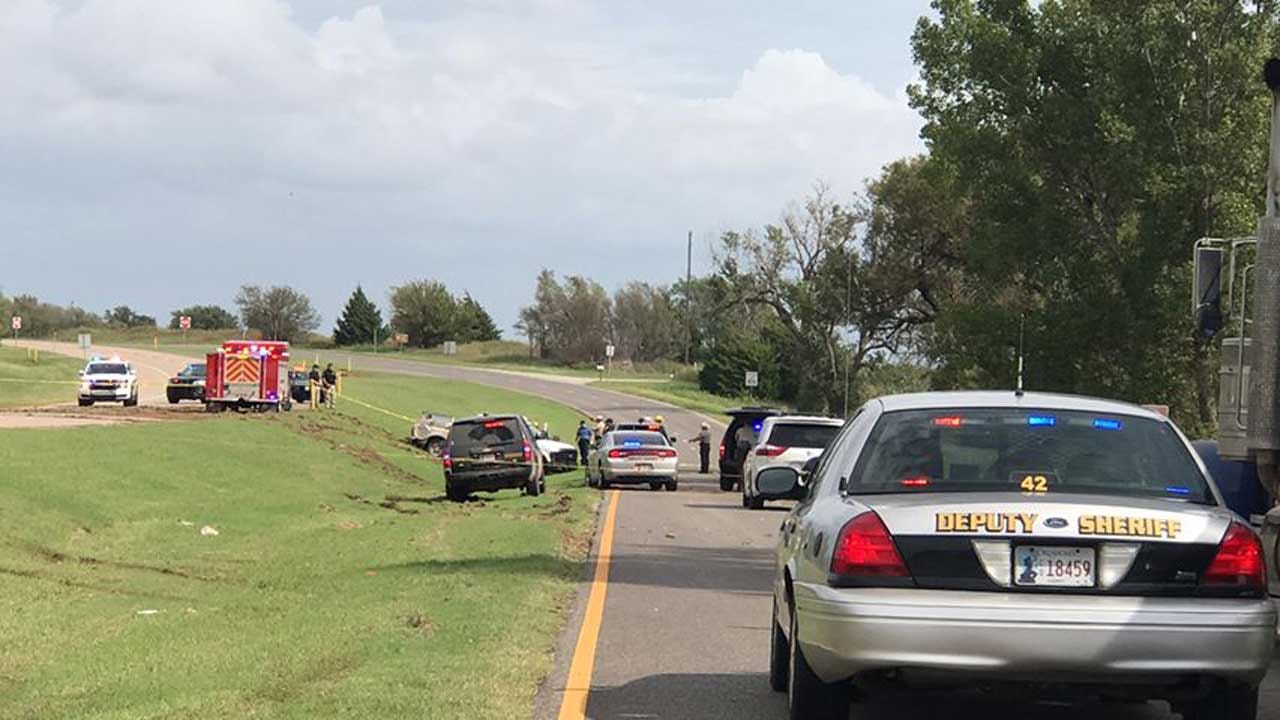 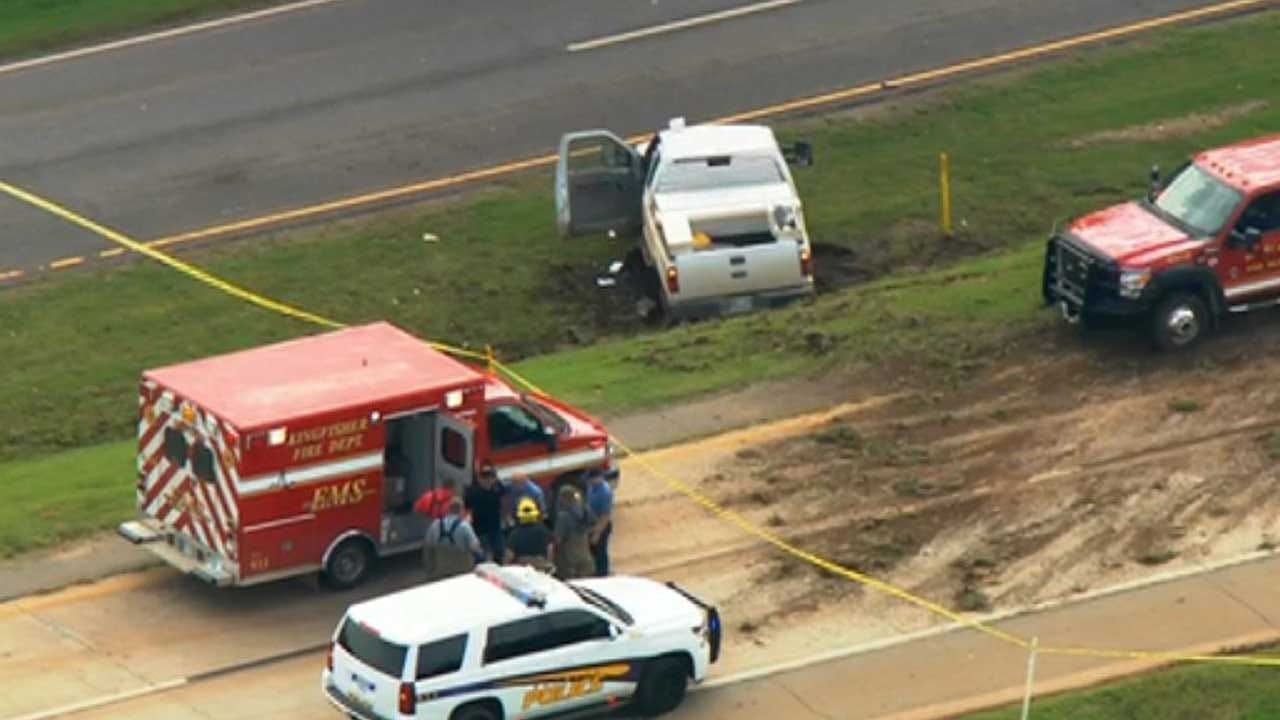 A police chase ended Monday afternoon in a crash and with the suspect fatally shot near Okarche, authorities told News 9.

The chase started near Union City when the vehicle was reportedly stolen from the Braum's Farm.

The chase continued into Okarche with officers from Union City, El Reno police departments and the Canadian County sheriff's office were in pursuit.

Union City police said they were looking for a good area to perform a maneuver to end the chase.

The Union City police Chief Richard Stephens said shots were fired after the suspect vehicle crashed and all of the officers are not injured.

Canadian County Sheriff Chris West said the suspect was hit by gunfire and died at the scene. The driver has not been identified.

Five Canadian County deputies are on paid administrative leave. They reportedly fired their weapons at the suspect after they saw he had a gun in his hand, West said.

The Oklahoma State Bureau of Investigation is investigating the incident.