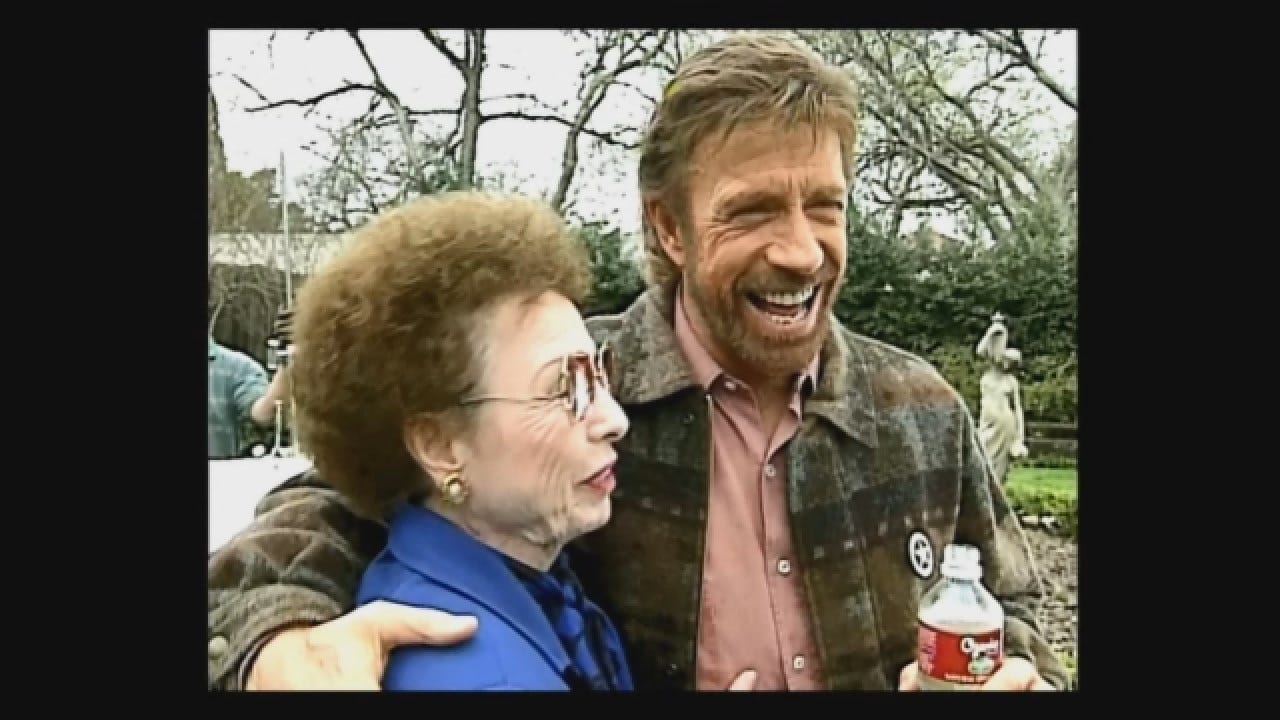 Movie and television star Chuck Norris could do anything he wants back in the 1990s (and probably still can). In this special News 9 Flashback, former News 9 reporter Randy Renner talks to Chuck and his mother, Wilma Norris Knight.

Norris was born in Ryan, Okla., and grew up in the town of Wilson.

In Dallas, on the set of Norris' hit TV show, "Walker, Texas Ranger," Renner asked Wilma what kind of son the action star is.

"The greatest that there is," she said. "He really is. He was always my sweet one when he was small."

Chuck is the oldest of Wilma's three children, and he had to grow up fast after his father abandoned the family. In those days, there was no time for fun and no money to spend it on anyway.

But Wilma instilled values into her boys that money couldn't buy.

"Making us believe that we can achieve things in life, that there will be obstacles but if you're determined enough, you can overcome any obstacle in life if you have the belief in yourself," Norris said.

Watch a video of the story above, and check out more stories from days gone by on our News 9 Flashback page.