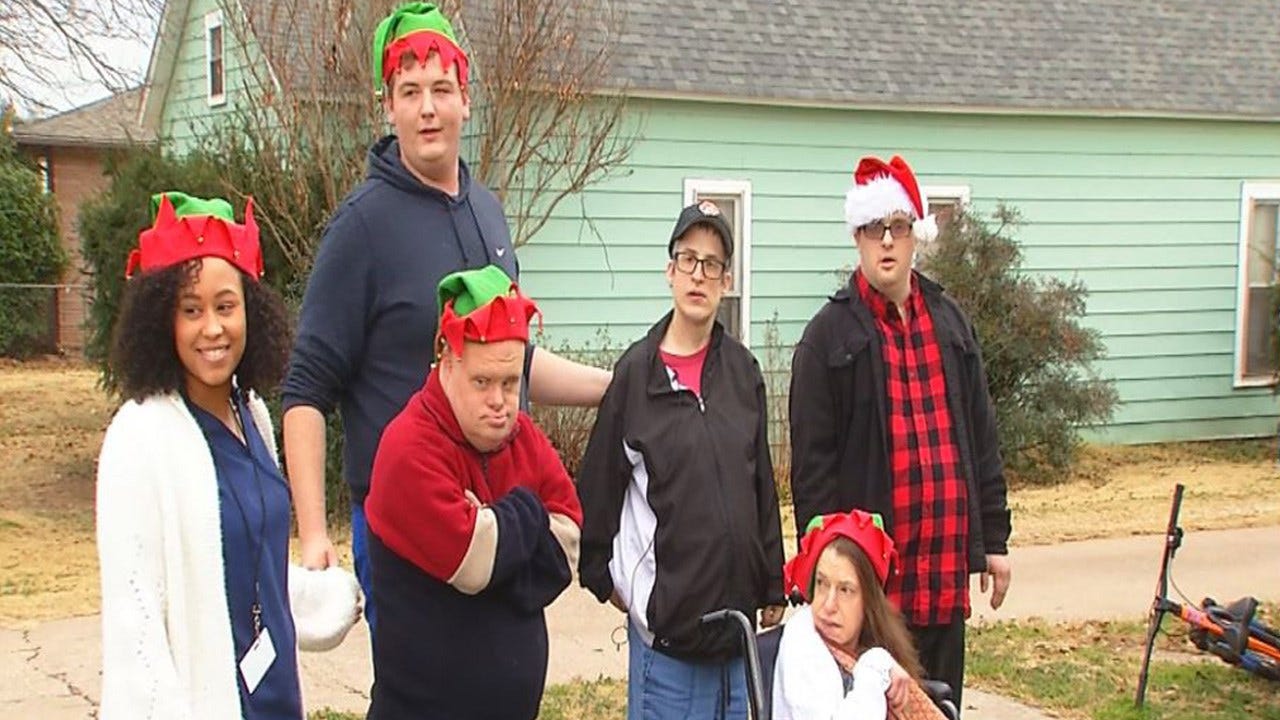 Residents of Okarche’s Center of Family Love have been spreading Christmas cheer in form of food baskets to families in need.

The Center of Family Love has been in operation for 36 years.  It is home for 130 adult residents with developmental disabilities. For the past week, a few dozen volunteers have been dropping off large food baskets to homes in Okarche, Kingfisher, El Reno, Geary and Oklahoma City.

“It gives value to our residents,” said Executive Director Debbie Espinosa. “They want to give back, they really do.”

St. Charles Borromeo Catholic Church in Oklahoma City collected food and other goods for the food baskets. Two food baskets Tuesday went to Keith Putman’s home in Okarche. Putman has six children. One of his vehicles has recently been in the shop, and on Monday his truck was heavily damaged when it was hit by a deer on Northwest Expressway.

“It’s been kind of a rough week and a half, but having this come along kind of cheered my mood up quite a bit,” he said.

The volunteers also sang carols to Putnam and two of his daughters.