Priest's Remains Exhumed In Process Of Being Named Saint 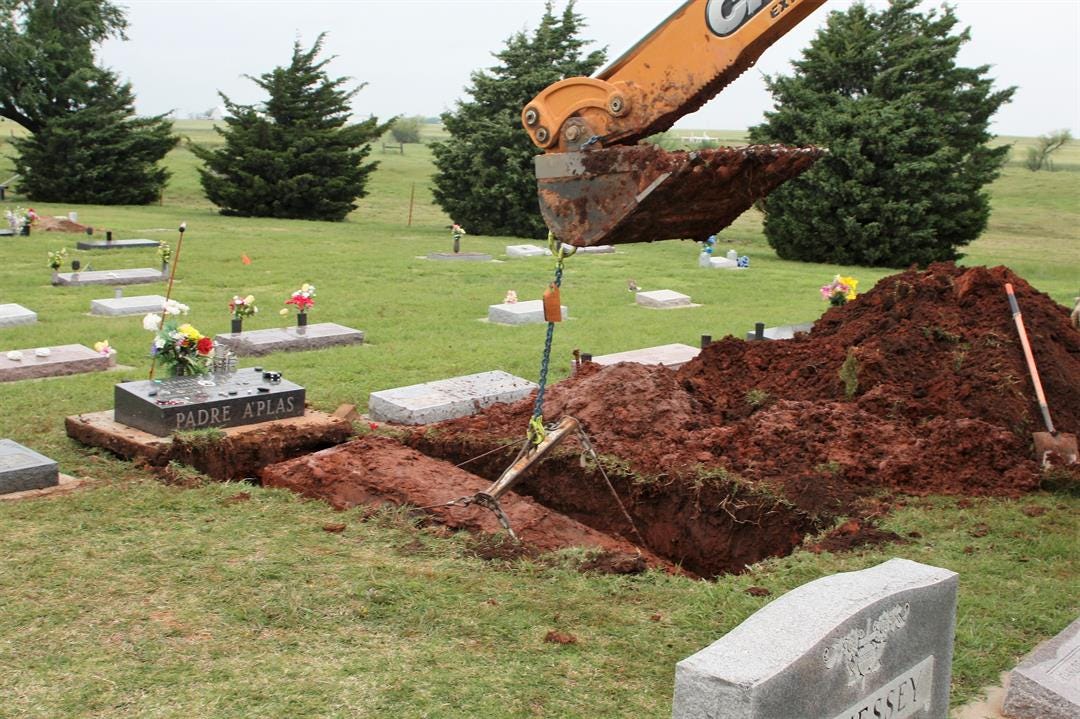 The Catholic Archdiocese of Oklahoma City says the remains of Father Stanley Rother were exhumed from Holy Trinity Cemetery in Okarche, Okla., May 10 as part of the next steps toward the priest being named a saint.

The Catholic Church says Father Rother, who served as a priest in an Oklahoma mission in Santiago Atitlan, Guatemala, is the first recognized martyr from the United States and will be the first U.S. born male and first U.S. priest to be beatified during a ceremony this fall in downtown Oklahoma City. Beatification is the last step before sainthood in the Catholic Church.

Rother's remains were taken to Oklahoma City as required by the Church. Medical professionals examined the remains and re-interred  the body in the chapel at Resurrection Cemetery in northwest Oklahoma City.

The Archdiocese of Oklahoma City opened Father Rother’s cause for beatification in 2007 – 26 years after he was murdered in his rectory by unknown assailants believed to be government soldiers.

At the request of his parishioners in Guatemala, Father Rother’s heart is enshrined inside the Guatemalan church.

“His beatification is an unexpected blessing for Oklahoma and for the United States as we celebrate this ordinary man from humble beginnings who answered the call to serve an extraordinary life. His witness will continue to inspire us for generations,” said Archbishop Paul Coakley.

Priest's Remains Exhumed In Process Of Being Named Saint