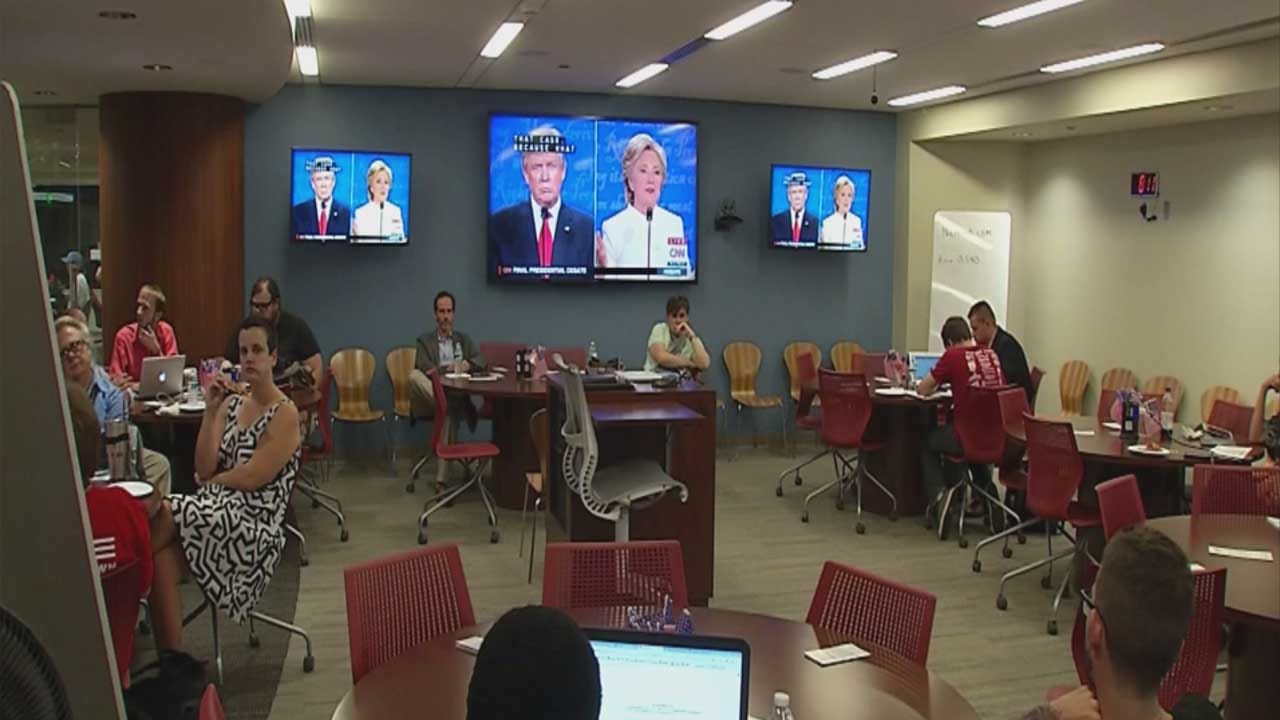 Close to 400 students and faculty members attended. The school also hosted a similar gathering for the first presidential debate back on September 26.

"The chances of Clinton winning are very high. And I know that's probably going to happen. But I will feel better anyway knowing I didn't vote for either one.  And I voted for the Green Party. So why watch the debate? Well like I said, if you don't watch it, you're out of the loop," said Angelina Sudakova, an international business major.

"I believe that the media has attacked him so much that it has totally become one sided and biased, and I think people believe the media. Hillary is just as much at fault for a lot of things," said Josh Hardwick, a Trump supporter.