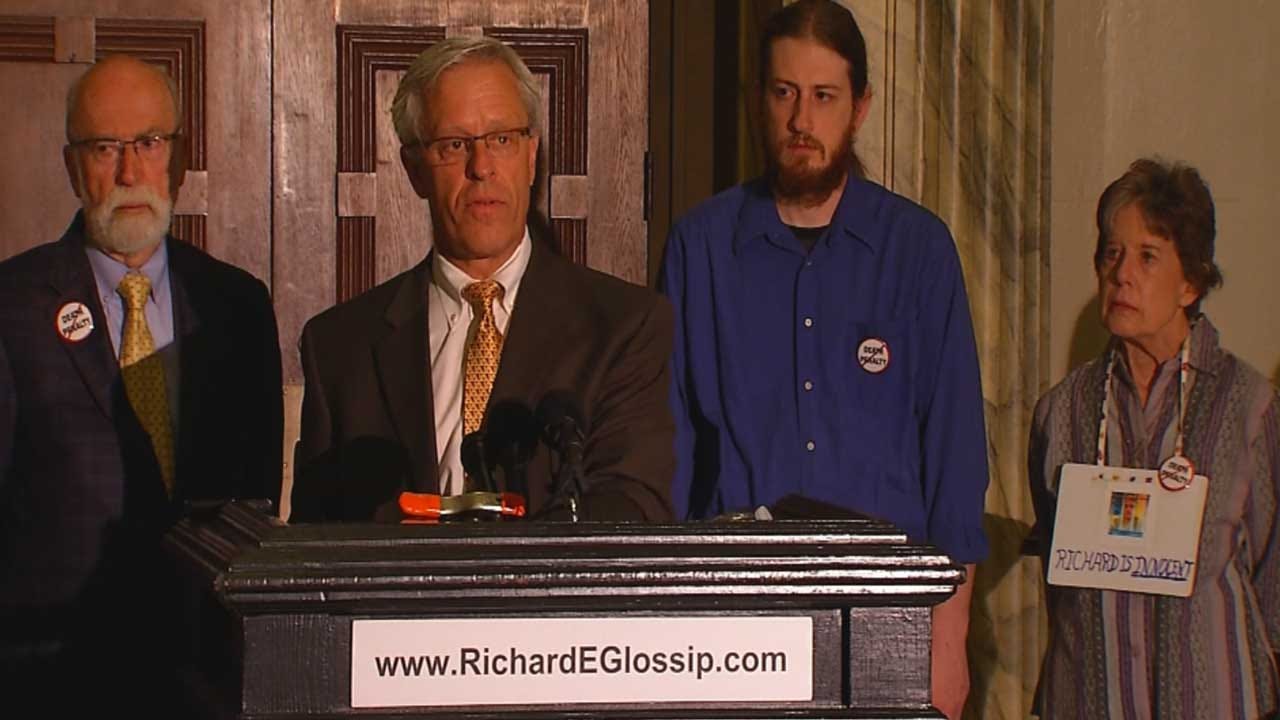 Just two days before Richard Glossip is set to be executed, Glossip's attorneys say they have new evidence that proves he's innocent.

That evidence is now in the hands of Gov. Mary Fallin, who will decide if it's enough to grant Glossip a 60 day stay.

The new evidence revolves around what really happened at the Best Budget Inn back in 1997 when Barry Van Treese was beaten to death in a hotel room, Glossip's attorneys said.

Glossip was convicted in connection with Van Treese's death.

Prosecutors said Glossip convinced Justin Sneed to kill Van Treese, but a new witness paints a picture of a meth-addicted Sneed who typically broke into hotel rooms and stole money for drugs.

Richard Barrett, a drug dealer, said he was told Sneed broke into cars and he witnessed Sneed trading a car stereo, food stamps and a gun for drugs.

Attorneys also presented an affidavit from Scott who did time with Sneed who says he heard Sneed say on more than one occasion "he set Richard Glossip up.”

The affidavit reads, “It was almost like Justin was bragging about what he and done to this other guy — to Richard Glossip.”

“Justin Sneed knew he got away with it, he got away with everything,” said Don Knight, one of Glossip’s attorneys. “He blamed it on Richard. He’s in a medium-security prison for the rest of his life.”

The Oklahoma County district attorney doesn't see it that way.

Prater wasn’t the DA when Glossip was prosecuted, but says this whole case is not about Richard Glossip, but an attack on the death penalty.

“How are you asking Gov. Fallin to make such an important decision and you’re keeping her in the dark? This is crap. This is a B*** S*** PR campaign. That’s all it is,” Prater said.

“We have to do this at the last minute because we need the time to get everything together and get it done,” Knight said.

Monday afternoon, the governor's office received a letter from a juror in the second trial who said there is nothing that he has read or heard that makes him second guess his decision.

If the Governor fails to issue a stay, Glossip's attorneys can still take this evidence to the state Court of Criminal Appeals.