One Teen Killed; Two Others Hurt In Crash In Kingfisher Co. 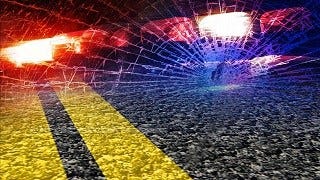 One teen was killed and two others injured following a truck accident in Kingfisher County, Sunday night.

It happened at about 8:40 p.m. northeast of Okarche, according to the Oklahoma Highway Patrol. Troopers said the three teenagers were in a 1995 Chevy pickup truck when one of the passengers, a 15-year-old from Edmond, attempted to climb from the passenger seat to the bed of the truck.

The teen fell onto the road and was hurt. He was taken by a medical helicopter to an Oklahoma City hospital with head and other injuries. His condition is now stable, according to the OHP.

Half a mile down the road, the driver of that truck, a 17-year-old from Piedmont, lost control of the truck and rolled it at least three times into a pasture. The driver was killed.

A second passenger in the truck, 18-year-old Colton Lane Ray of Piedmont, was injured. Troopers said he was ejected from the truck and landed 220 feet away from the vehicle. He was taken by Kingfisher EMS to the OU Medical Center in Oklahoma City with multiple injuries. His condition is also stable, according to OHP.

Seatbelts were not used, according to a report from OHP. Speed was also a factor in the accident, said Troopers investigating the rollover crash.

One Teen Killed; Two Others Hurt In Crash In Kingfisher Co.