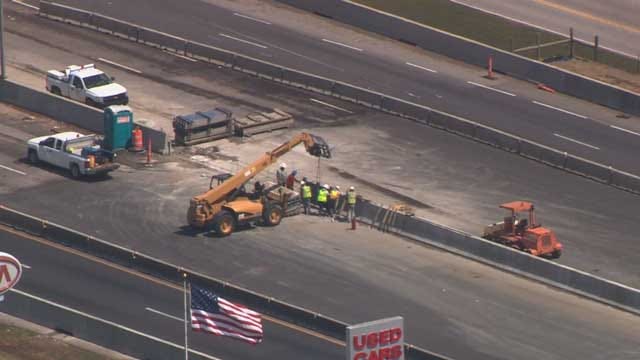 Better Roads or Better Schools? That's the debate at the Oklahoma capitol right now. Lawmakers are considering taking money from the Department of Transportation and giving it to education.

Thanks to increases in funding over the past several years, ODOT has been moving full speed ahead on approving Oklahoma roads. The proposed cut in funding wouldn't put the brakes on that progress, but would slow it down.

ODOT Director Mike Patterson told the Transportation Commission Monday that the current proposal calls for taking half of a $60 million spending increase ODOT is supposed to get every year and use it to increase education funding.

A move Patterson says wouldn't impact current projects but would put future ones in jeopardy.

"The impact of over $400 million being delayed over the eight year plan will have a significant impact on the traveling public," said Patterson.

"They'll still get the full amount of money, it will just take a little longer to get that money," explained Angie Priest, Vice President of the Oklahoma Education Association.

Priest says they are not advocating cutting any services, but for them this is an issue of priorities.

"We need funding for education, we are in dire straits. Our schools cannot continue working on a 2008 budget in 2014."

Patterson says this would likely effect their widening and resurfacing projects but not their efforts to improve the state's bridges.

The Oklahoma Education Association is advocating letting current tax breaks for horizontal drilling expire and resuming collection of the franchise tax as ways to raise revenue for education.