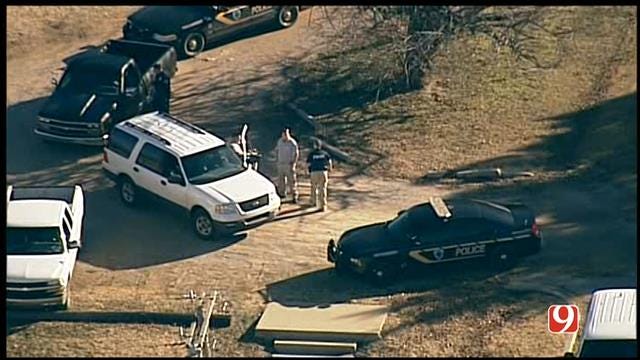 Only one Tecumseh school remained on lockdown Wednesday afternoon after two middle school students allegedly threatened to bring a gun to class.

The Tecumseh Police Department says around 7:30 a.m., two boys were at a bus stop near Highway 177 and Edd Drive, and said they were going to bring a gun to school. The boys -- both in the eighth grade -- then could not be located, so the district locked down all Tecumseh schools while they searched for the students. A toy gun was found near the bus stop.

Around 10:30 a.m., one of the boys was located and taken into custody. A few hours later, the second eighth-grader was caught. He'd been reported as a runaway Tuesday night. He was found northeast of Tecumseh near Bob Crouch and Harrison. Both boys will be taken to a detention hearing.

Police have not released the boys' names.

There are five schools in the Tecumseh school district: Krouch Early Childhood, Cross Timbers Elementary, Barnard Elementary, Tecumseh Middle School, and Tecumseh High School. All of them were originally put on lockdown. The lockdown was lifted for all the schools except the middle school, which remained on lockdown until classes ended for the day.