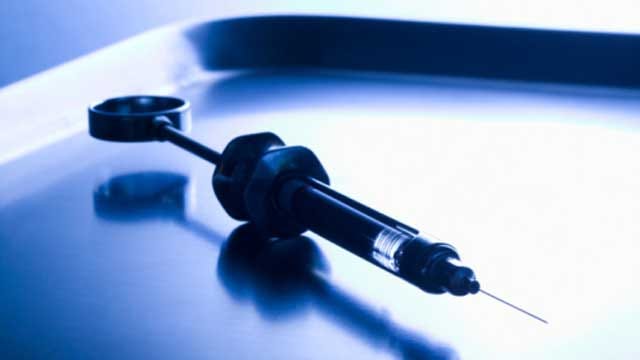 A drug shortage has become so critical the state of Oklahoma can now only carry out one more execution.

A nationwide drug shortage has been caused by manufacturers who have decided they don't want to sell the drugs to prison systems for executions.

However, with 64 inmates on Oklahoma's death row, the push is on to come up with alternatives.

In Oklahoma, three death row inmates are likely to be executed this year. But the state only has enough drugs to carry out one death sentence.

"The math at this point just isn't adding up," said Diane Clay, a spokesperson with Attorney General's office.

So the AG's office is pushing the state legislature to do something and quick, before the session ends.

"This is a big deal and I think it had the potential to be too big of deal if we don't handle it," said Rep. Don Armes (R).

Representative Don Armes is taking up the issue."I think we have other options if we need them. It's not pleasant to talk about," he said.

The State of Oklahoma allows execution by electric chair and firing squad. However, state statute says in order to use those other methods, lethal injection has to be declared unconstitutional. The state legislature would have to change that law.

"You know the firing squad is one of the things we have on the books in Oklahoma," said Armes. "Is that preferable to a nice calm lethal injection? Probably not. But the guy chased a girl through the woods and killed her."

Armes says he believes the state of Oklahoma and victim's families are counting on lawmakers to solve the problem.

The Attorney General's office says they are too.

"In order to do our constitutional duty, which is to carry out capital punishment we've got to find a way to fix this situation," said Clay.

The first step here would be to attach any legislation to a bill currently making its way through the legislature.

The Attorney General's office says they are also looking for other avenues for lethal injection.