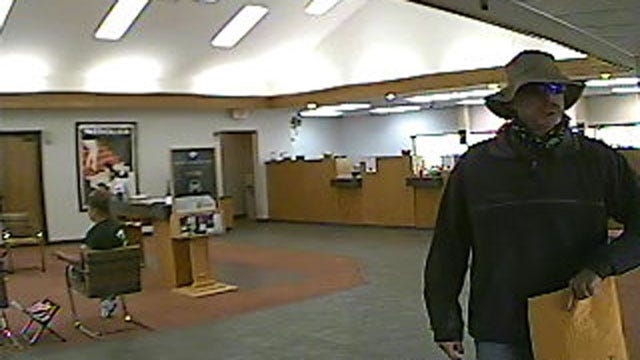 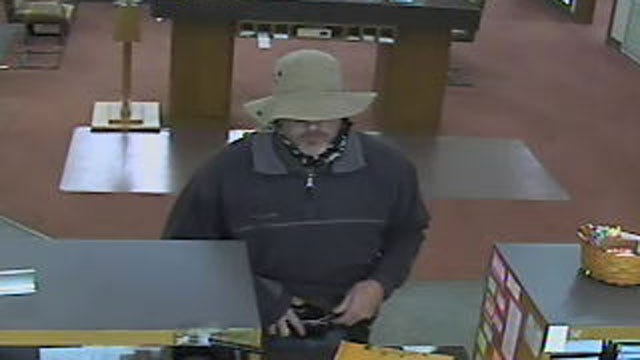 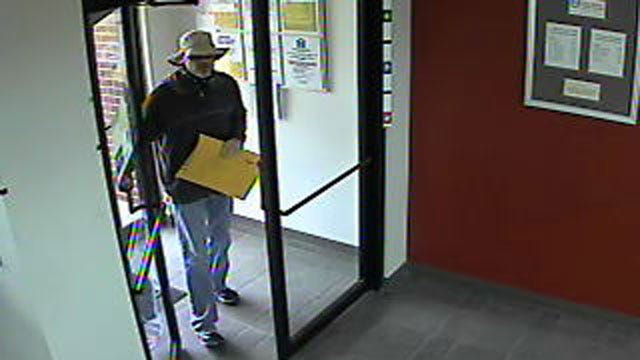 OKLAHOMA CITY -- While tornadoes rip through Oklahoma, The First National Bank of Coweta, Oneta Branch, in Coweta was robbed Tuesday around 3:30 p.m.

Witnesses saw the robber leave the bank area in a silver or gray colored Volkswagen sedan with possibly a paper tag or paper covering the license plate. The right, rear passenger wheel appeared to be missing its hubcap. No one was injured in Tuesday's robbery.

The robber was described as a white man, 5'10" to 6'0" in height and weighing approximately 180 pounds. He wore a dark colored jacket, blue jeans and a hat. He also had a grayish colored goatee.

The robbery is being investigated by the FBI and the Coweta Police Department.

Anyone with information regarding either robbery should contact the FBI at (405) 290-7770 anytime. Callers can remain anonymous.

The Oklahoma Banker's Association offers up to $2,000.00 for information leading to the identification, arrest and/or conviction of anyone robbing a member bank.