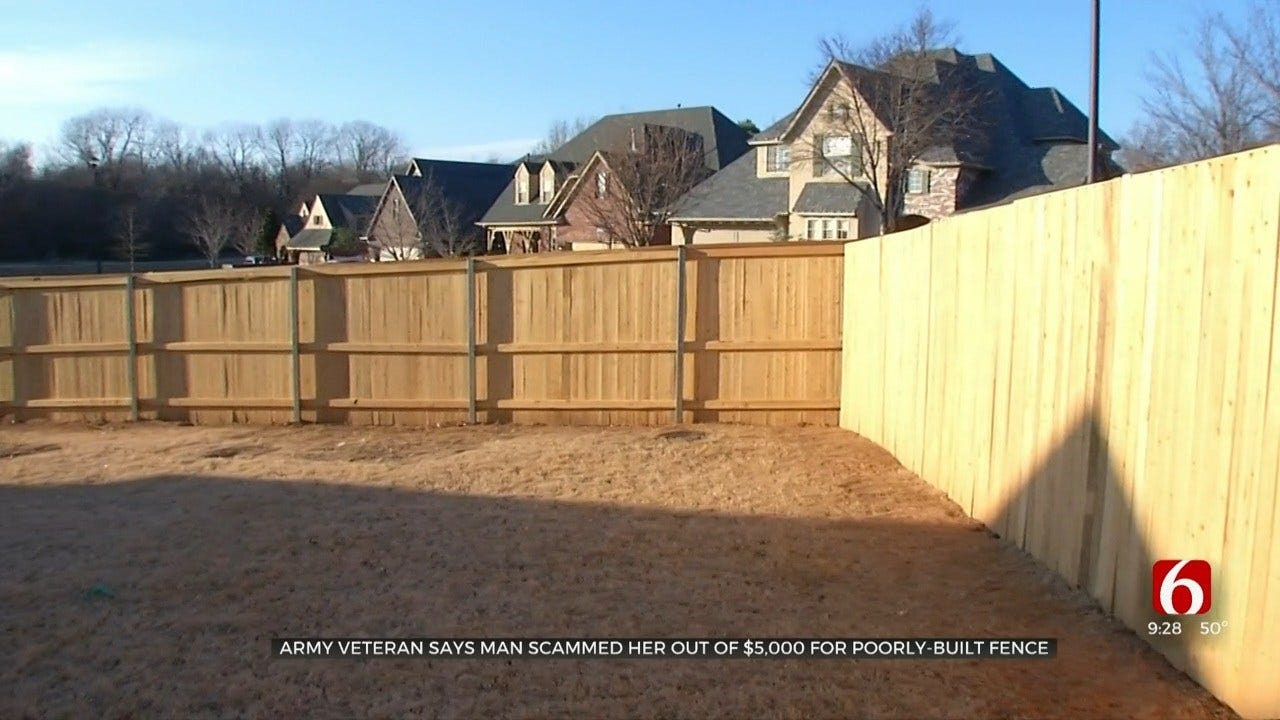 A Bixby veteran said she and her neighbors are out nearly $5,000 after they hired a contractor to build a fence and he didn’t finish the job.

“There was problem after problem my kids got sick so I couldn't keep a close eye on it,” said Alicia Acker, a resident and U.S. Army veteran.

Acker said she thought she would have to live with the poorly built fence until somebody stepped in to help after they reached out on social media.

She said when she confronted the contractor he got upset. To make matters worse, she said the contractor told her the fence would be finished in five days. She said it was never completed.

"I brought up that I didn't get what we paid for and he ended up basically laughing at us,” Acker said.

Acker said the contractor kept telling her that he would be back to fix the issue. She said when she continued to ask questions, he stopped contacting her. That's when a man who heard about the ordeal on Facebook stepped in.

"First of all, its poor quality of the work. Everything is uneven,” said Larry Lee, owner of Lee On Demand Construction & Services. “The pickets are all leaning. They are all cut at angles and split wood.”

Lee said he reached out to his friends in the business who all agreed to help.

“I got a call saying that he would replace the whole thing {for how much} nothing at all just the goodness of his heart".

Lee said he just wanted to help and give back to the community.

“I always learn to pay it forward. That's what I do,” Lee said.

“I have a lot of faith restored in humanity. I'm really grateful,” Acker said.