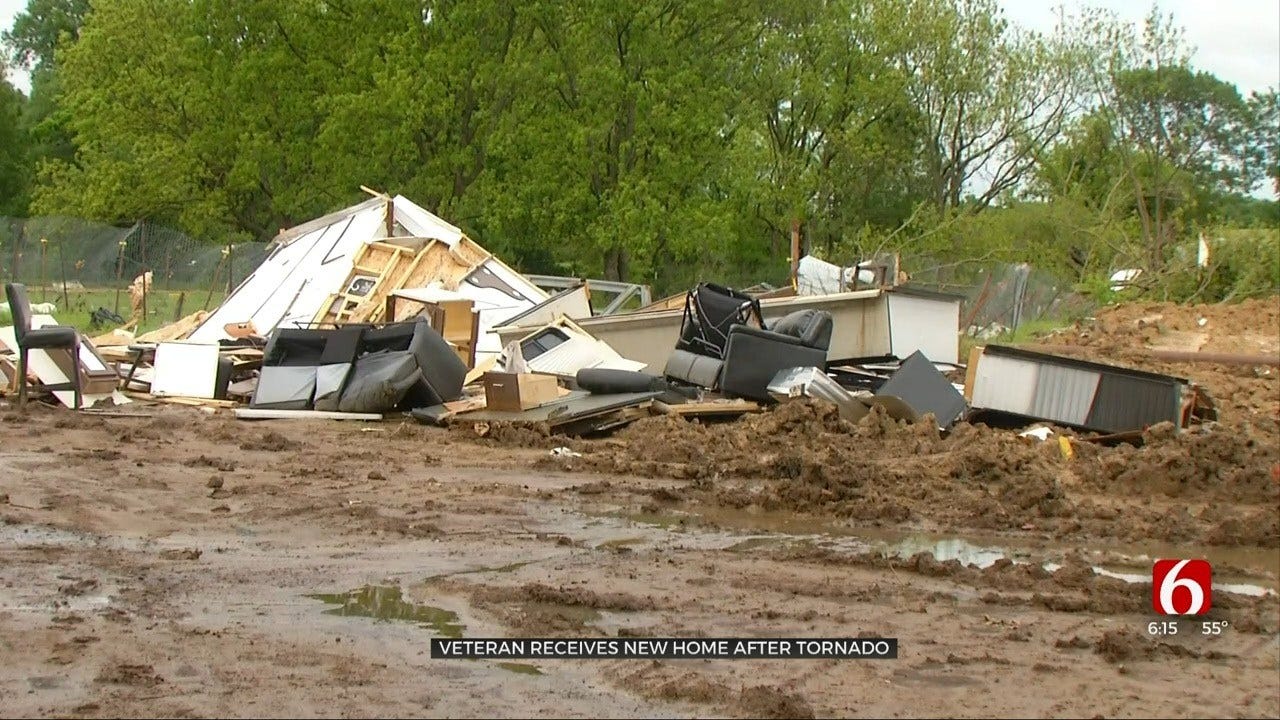 Life for Harold Sutton is slowly getting back to normal.

The Navy veteran just moved into his new home in Haskell, nearly six months after a tornado destroyed his old one.

"It was totally wiped out," he said.

We first introduced News On 6 viewers to Harold back in May at the beginning of his recovery process. Without insurance, he quickly realized it would be an uphill climb.

That's when Mike Inman and the Broken Arrow Elks Lodge stepped in to help.

“The Elks are always a staunch supporter of veterans,” said Inman.

Back in August, so many people showed up, they ran out of fish.

“We had to go back to the store like four times to get fish," said Inman.

The donations didn't stop there.

After raising more than $22,500 from the fish fry, veterans organizations like 'Soldier’s Wish' and events like 'Shamrock the Rose District' donated more.

“It was pretty mind-blowing that the community came out so huge,” said Debra Wimpee with Shamrock the Rose District.

After months of work, Harold got a brand new home on the same spot as his last one. He said this one might even be a little nicer.

“It's a lot better,” said Sutton. “It's exactly the same layout. A little different in the kitchen."

And all of it was thanks to the generosity of friends and strangers.