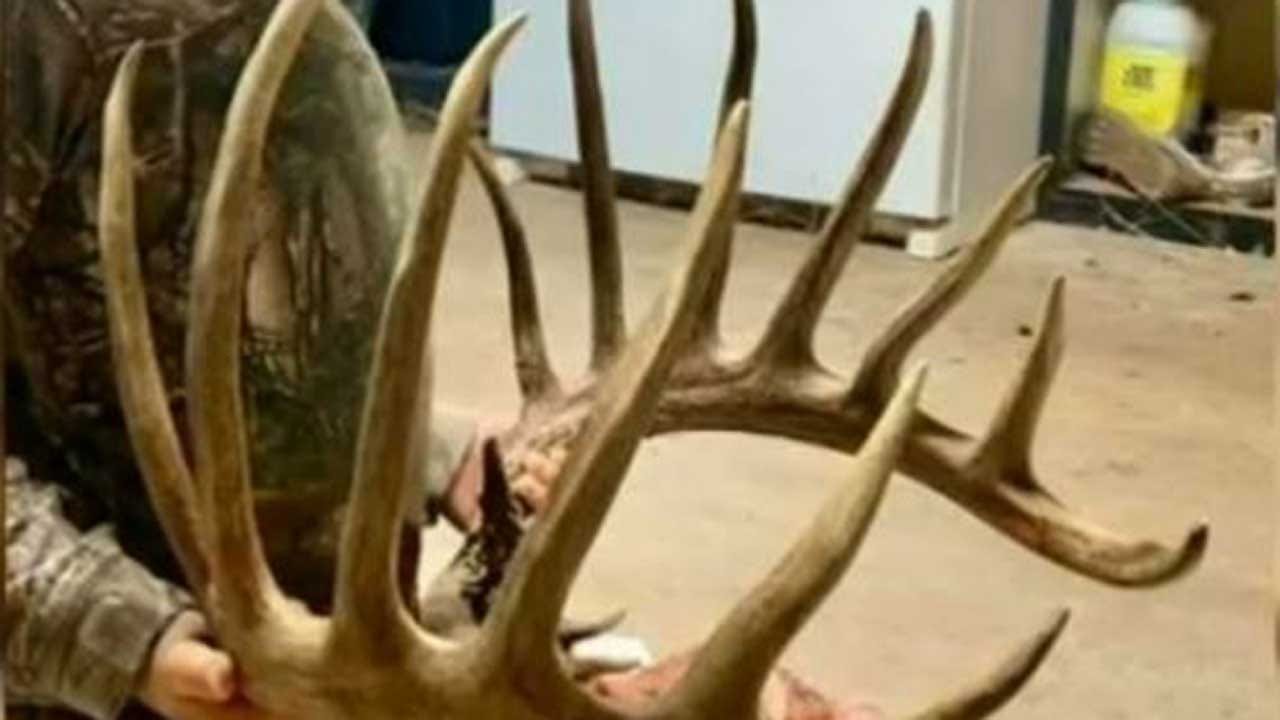 An Oklahoma teenager could soon hold the record for harvesting the state's largest typical whitetail buck.

When 18-year-old Guner Womack headed out for his deer stand Tuesday evening with his bow in hand, he had no idea he’d leave with a buck that could go down in the record books.

Guner says the 8x8 initially came out into the field at 40 yards. Guner didn’t have a shot, and the buck jogged off. Not long after, he showed back up pushing younger bucks around and chasing does. This time he stopped broadside at 25 yards out from Guner’s stand, and Guner took a perfect shot.

Guner’s hunted since he was a little boy, but this is his first season to hunt with a bow, and the bruiser buck he got Tuesday is the first deer he’s ever taken with his bow.

Guner’s family had a history with the free-ranging whitetail, they’d watched him grow up on their land in Pawnee County and estimate he was 4.5 years old. He also showed up on their trail cameras. Guner says last season the buck’s antlers were “all broke up” [likely from fighting]. They knew he’d turn into a quality deer, they just didn’t anticipated a world-class buck.

“I didn’t think it was gonna be that big a difference,’ Guner said. ‘The pictures don’t do him justice.”

The 8x8 buck is almost certainly going to go down as Oklahoma's largest ever typical whitetail, which is based off total antler inches.

The current state record for a typical whitetail had a net score 194 0/8 inches.

An official scorer measured Guner's buck at a gross green score of 209 4/8 inches; the net score is going to be a little lower and that's what's taken into account for the records. News On 6 is waiting to hear back from Guner on that number.

His picture, and story, is gaining national attention because the buck is close to the world record for largest typical whitetail taken with a bow: 204 4/8.

He’s surprised by all the fanfare because he says hunting for him isn’t about the trophy: it’s about conservation and the meat.

“We eat everything we kill. We don’t waste anything,” he said. “What’s the point of hunting if you’re not gonna take everything? And it also keeps the flow of conservation going in the area.”

Before it's officially named the state’s largest typical whitetail, it'll be scored again after a required 60 day drying period where the antlers could shrink a little but not enough to keep the buck from the history books.

Guner says state record or not, he’s proud to have ethically harvested a buck of a lifetime.