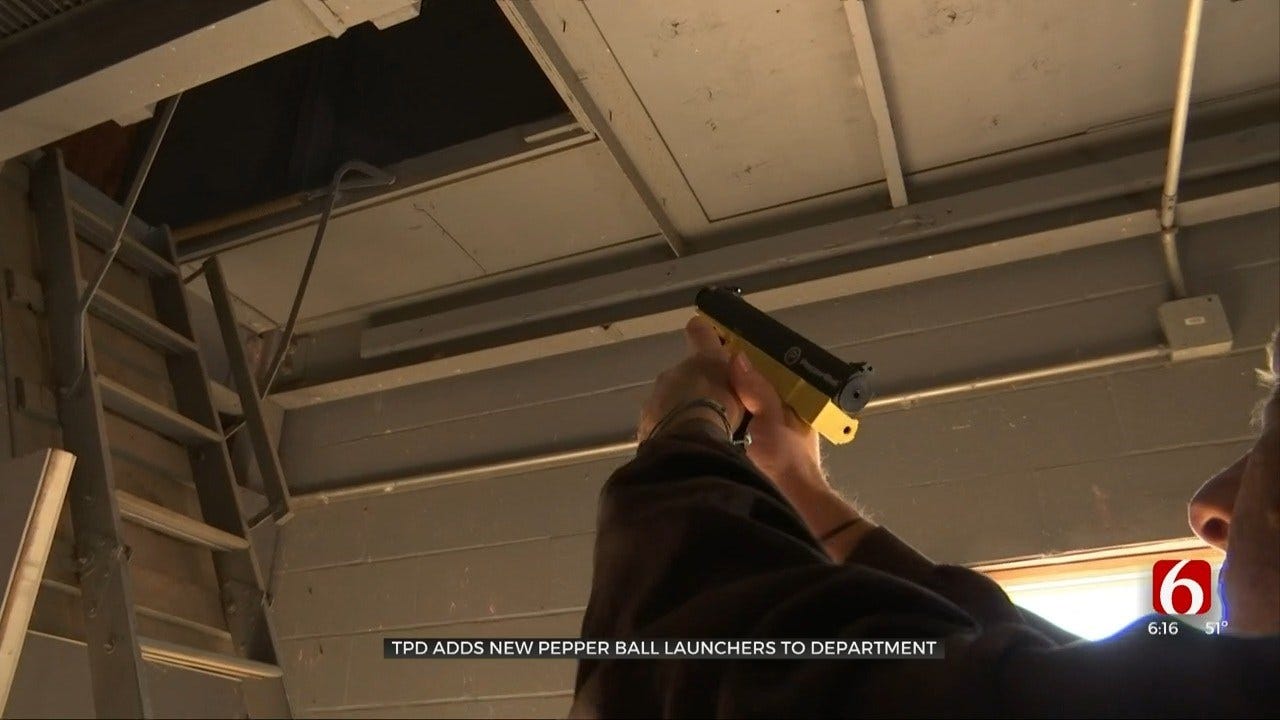 The Tulsa Police Department is adding another non-lethal weapon to their arsenal, a hand-held pepper ball launcher.

The goal is to reduce deadly force. With a taser, an officer has to be within 15 feet to take a suspect down. TPD’s new pepper ball launchers extend that range to up 150 feet, keeping officers safer.

"The risk of fatality is zero with this weapons system,” says Captain Mike Eckert with the Tulsa Police Department:  It hurts and it will make you uncomfortable because of the OC powder that is capsulated within each round but those affects will wear off in short order."

The Tulsa Police Department Foundation donated 250 of these launchers to the department...adding another tool officers can use instead of their gun or their hands.

"Unfortunately one of the things that happens when we go hands on with people is we end up with injuries, either to officers or to the suspects,” says Eckert.

Captain Eckert says this tool can be used in several dangerous situations, like shooting it into a car or into a house.

Officers say one of the most dangerous situations is when a suspect is in an attic, because there is only one way in and out.

But the launcher can be used to fill the attic with the powder.

"Your nose is going to run. Your eyes are going to water. Probably cough a little bit. It is going to make you uncomfortable,” says Eckert.

Eckert tells me, the end goal is getting a suspect to surrender, without the officer or suspect getting hurt.

"We can use it in the pain compliance format by actually hitting the suspect,” says Eckert. “We can also get compliance by the OC powder that is released into the air once it impacts."

Eckert says they plan to eventually have enough pepper ball launchers for any officer who wants one.