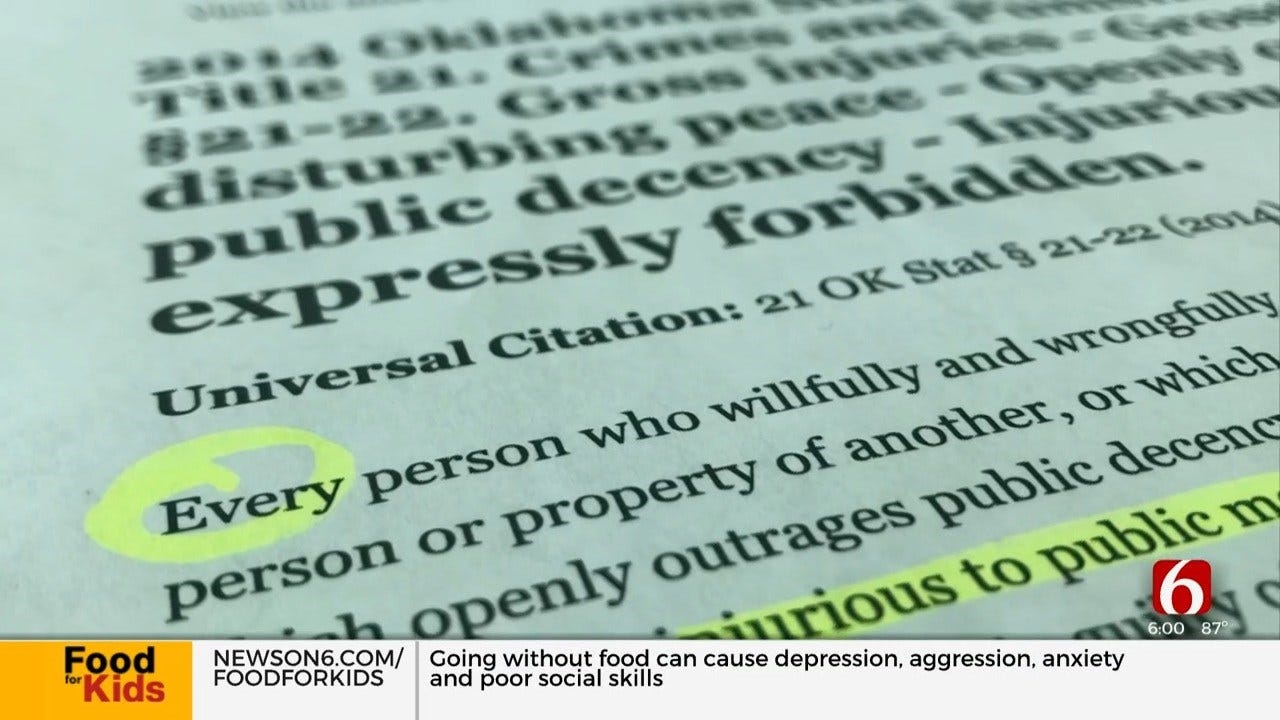 News On 6 continues to get new developments in the ongoing confusion of toplessness in Oklahoma, as a federal appeals court ruling creates more confusion about state and local law. The Tulsa County Sheriff's Office has now joined Tulsa Police in acknowledging that going topless in public is illegal.

This comes after Attorney General Mike Hunter announces on Monday that public nudity laws in Oklahoma remain the same. However, legal experts told News On 6 this isn’t the last Oklahoma has seen on the issue.

Attorney Jordan Dalgleish said the 10th circuit's decision is anything but black and white.

"It is affecting Oklahoma,” she said. “We are having to look at that ruling and say, what do our laws say?"

Dalgleish said the appeals court heard no facts or evidence. They were simply presented with a Colorado city ordinance that specifically said women weren't allowed to be topless in public.

"The 10th circuit said, ’We would likely find this to be unconstitutional,’” Dalgleish said. “Because clearly it was discriminating and treating women differently than men."

In Oklahoma, Dalgleish said that's not the case. State and local statutes use phrases like "every person" and "his or her" when referring to "outraging public decency" and nudity.

"Our circuit made it very clear that a law that is specifically against one or the other gender is unconstitutional on its face,” she said

Dalgleish said she believes Oklahoma's laws are written fairly, but enforcing them is another issue entirely.

Dalgleish says it's not completely over, but for now, Tulsa Police and the Tulsa County Sheriff are backing Attorney General Mike Hunter, meaning you could be ticketed or arrested if you try to test the law.

The district court in Colorado involved in this case is not pursuing it any further, but Dalgleish said a similar ordinance specifically banning women from going topless was called constitutional by a different circuit court.

This means, if that decision is appealed all the way to the Supreme Court, being free to bare all could become federal law.