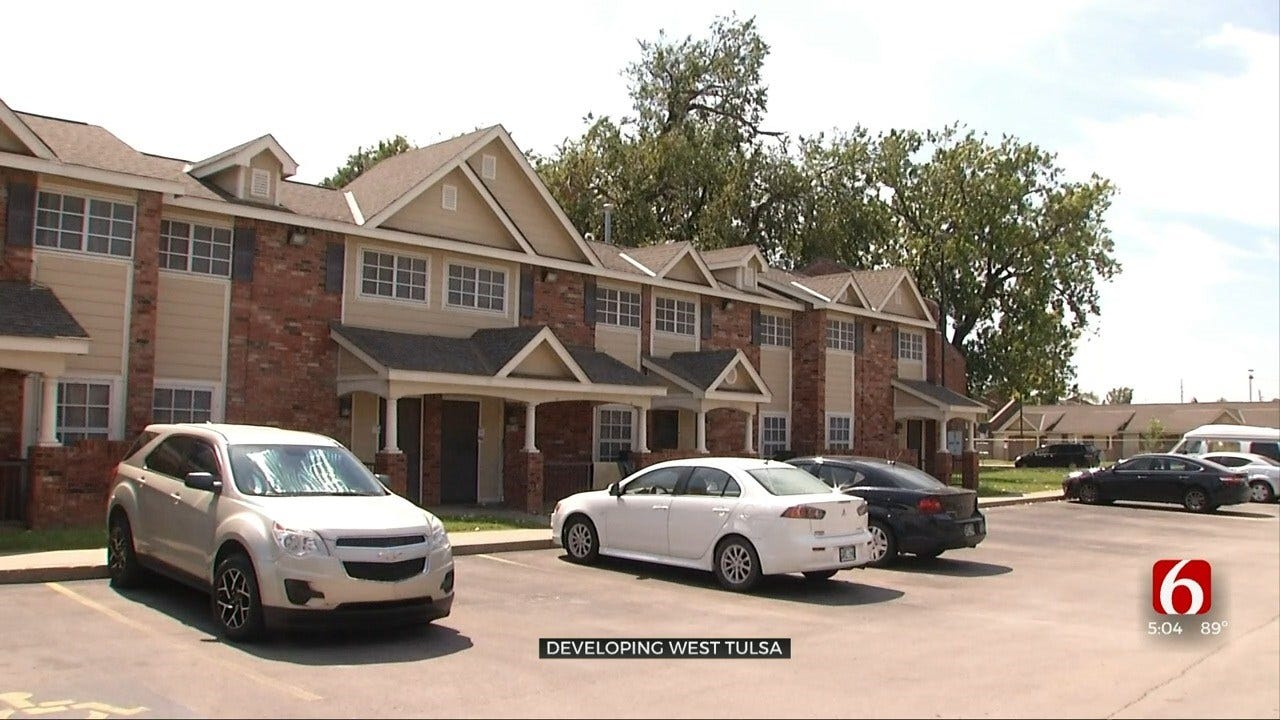 There are visible signs now of the coming changes for the Eugene Field neighborhood.

Within 5 years, 25 acres of land will be cleared and rebuilt, as the Tulsa Housing Authority carries out the mandate of a federal grant to transform the neighborhood.

Security fencing is now up around the first 17 buildings that will be cleared to make room for 460 new apartments, supported by THA. The current RiverView West Apartments, built in the 1970's, will be demolished starting next month. New construction will start in the spring.

The plans call for a mix of apartment styles, built around a neighborhood designed for walking, with a 5 acre park and a grocery store. The housing authority residents who are moving out during reconstruction will have the first chance to return once it's done.

Keith Keith, the Vice President for Construction at THA, said the project will be

The current park alongside the apartment complex is now mainly used as a parking lot during Octoberfest. There's a playground on one end - but it's also a rest stop for homeless people. The redesigned park will be smaller, but with more features.

"You really want it to be a place that the community can come together and hang out, and enjoy each other" said Anna America, the Director of Parks.

Keith said while they're replacing old apartments with new ones, the overall goal is much larger.

"HUD gave us $30 million to rebuild and really create a brand  new community and that's our goal. We're hoping other partners will come in and build up the surrounding area," Keith said.