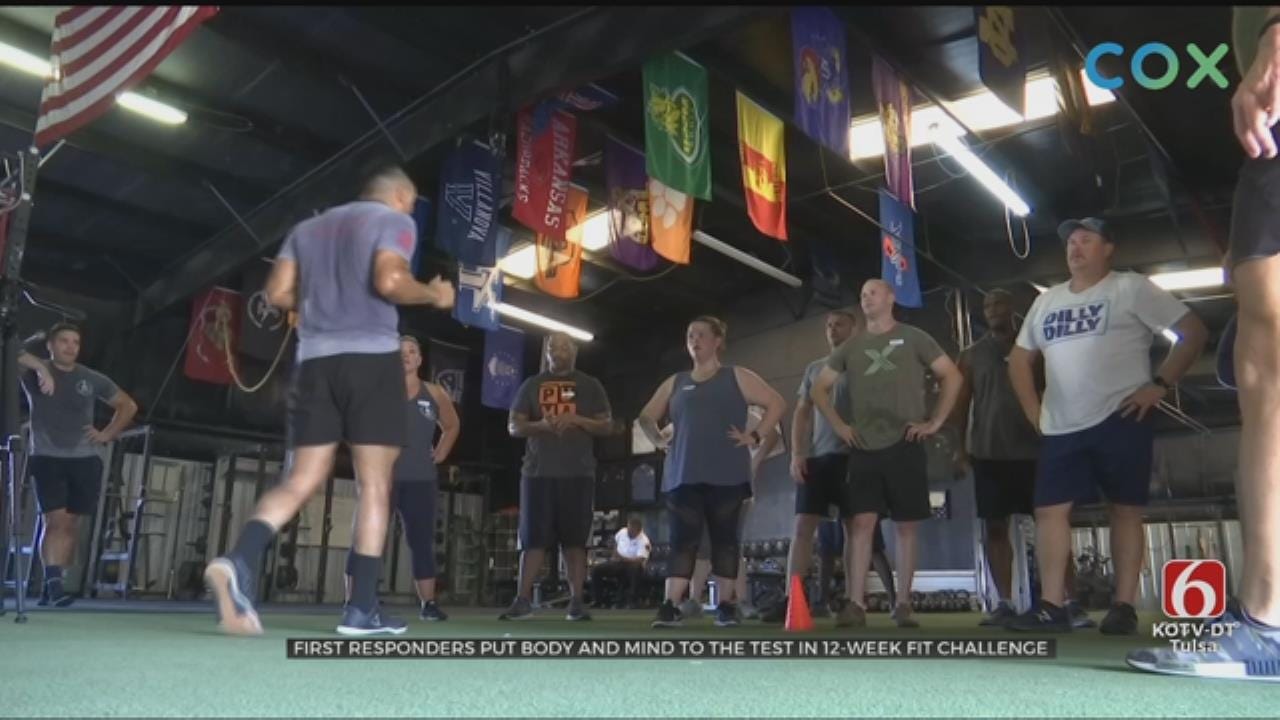 Dozens of first responders from agencies across Green Country are putting their bodies and minds to the test to see who is the most fit.

They're taking part in a 12-week challenge put on by the nonprofit, Fit First Responders, to see which male and female competitor has the biggest transformation.

The goal of Fit First Responders isn't just to change physical appearance. It's to make sure those who protect us every day are fit for duty and fit for life.

"After you leave here you have a different mindset," said Jeremy Jackson with the Tulsa Fire Department. “Because when tragedy hits outside the gym, you can tell yourself I can keep going."

For the next twelve weeks, Tulsa area first responders will get unlimited access to training and meal plans.

In October, they will crown the man and woman who had the biggest transformations and the all-around most fit first responder.

This goes beyond winning and losing.

"Now that they are better, just think about how our streets are better,” said JC. “You put a more equipped first responder on the street, that's going to help our community."

He said people forget first responders deal with the same stress as the rest of us daily, so he wanted to help.

“Yeah they have the badge on and they are the bravest, the finest, the toughest, and the baddest, but they are human beings first. To see marriages restored, to see substance abuse addictions broken, to see first responders high and excited about life again, it's everything,” said JC.

Jeremy Jackson said this isn't just a competition, it’s a community of support and positivity.

“To the public eye it looks like we have everything together, but deep down inside sometimes we do not. So this program is helping bring the inner us out,” said Jackson.