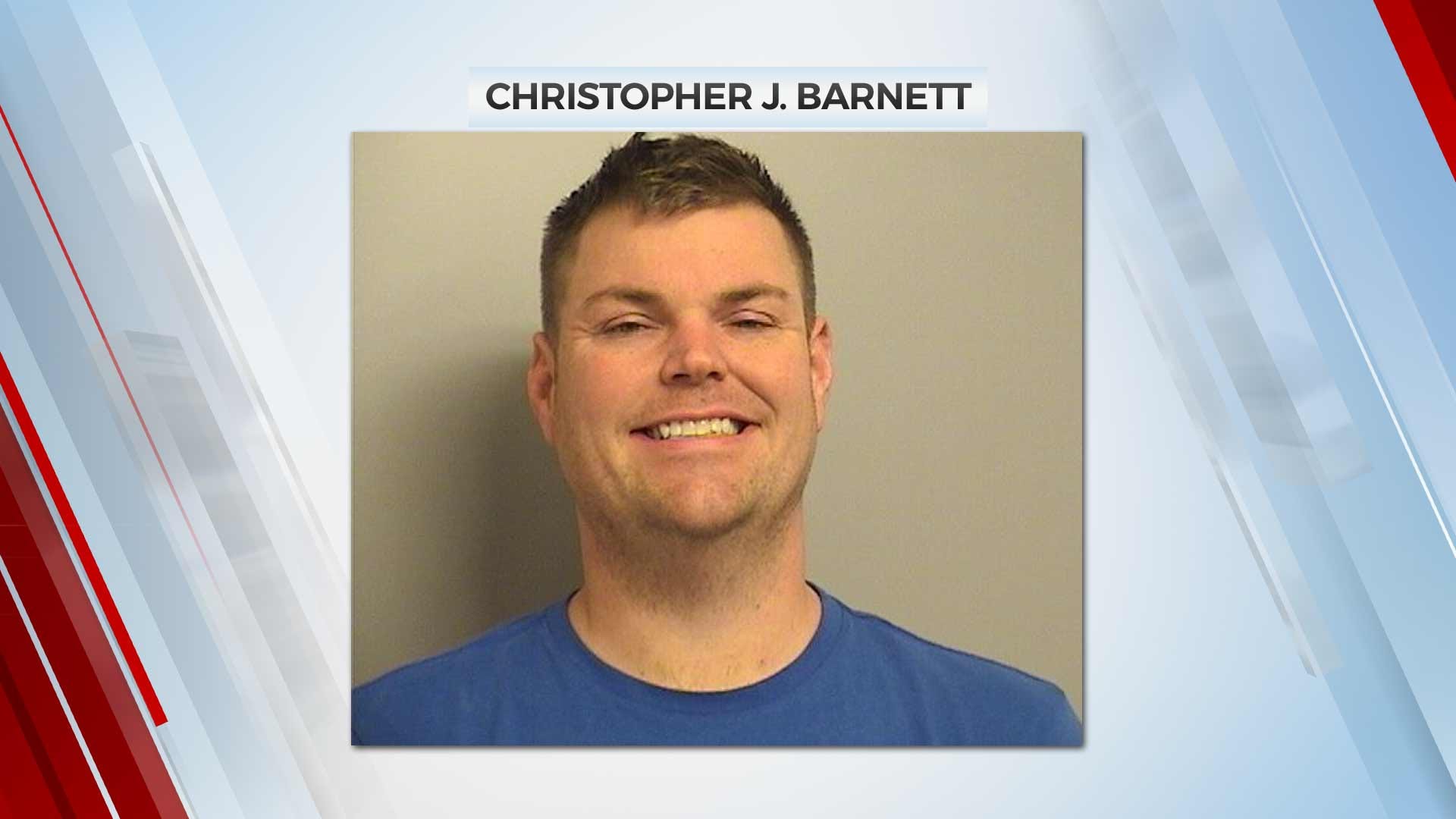 A homeowner tells us why he shot at a man who was there to serve some papers.

Police arrested a homeowner after he shot at the private process server standing in his yard.

Christopher Barnett was booked into jail for shooting with intent to kill, but said it was self defense.

Barnett said he was just about to go to bed around 9 p.m.

"I get up early, usually at work at 5 a.m., and someone started knocking on the door," Barnett said.

He said he looked outside and saw a man pushing on his door and trying to break into his house. He said he keeps a gun in a drawer by their door.

"So I had grabbed this gun after this guy wouldn't go away, and said you're trespassing on private property, please leave, and I said this four different times," Barnett said.

He said the man then started yelling at him to come outside.

"I did open the door to tell him go away, and then before I know it he goes to pull out a gun," Barnett said.

He said he shut the door, but through the window he could still see the gun as if the man was ready to shoot. Barnett said he fired his gun, hitting the process server in the elbow.

The district attorney said they get two or three of these types of cases in Tulsa County every year, where someone gets hurt during a shooting and the person who pulled the trigger said it was self defense.

District Attorney Steve Kunzweiler said he can't discuss this particular case because it's still under investigation, but said people have a right to defend themselves if they're met with a real threat.

"From the perspective of that person, the question then becomes, 'is it reasonable under the circumstances'," Kunzweiler said.

Still, Kunzweiler said to use deadly force because people must perceive a deadly threat.

"I'm a property owner, I stood my ground under Oklahoma law. I met every requirement to stand my ground and protect my property, myself, my life was in imminent danger," Barnett said.

Barnett bonded out of jail and is now waiting on his day in court.