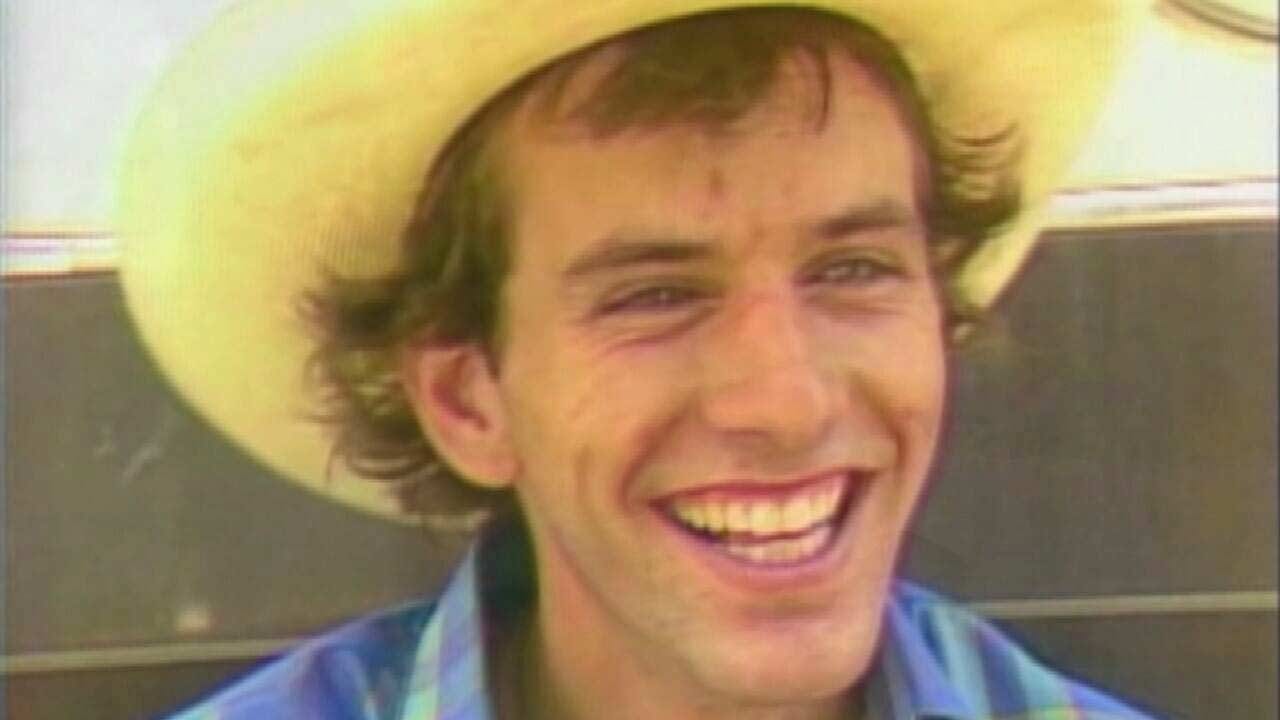 One of the world's best bull riders has been gone longer than he was alive.

July 30th marks 30 years since world champion bull rider Lane Frost died after an 8-second ride. Three decades later, the Oklahoma legend's name is back in the spotlight and the arena.

“We would have rather he done something else,” said Lane’s mom, Elsie. “He had a passion for bull riding; there was just no way we could tell him no.”

The front room of Clyde and Elsie Frost's house is a museum of sorts with saddles, trophies, pictures, and posters celebrating one of the best bull riders this world has ever known, their son Lane Frost.

His parents knew from the beginning Lane was born to be a bull rider.

“He had a little horse that was on rollers, and he just sat on it, he called it his bull. That was one of his first words, was 'bull,'” Elsie recalled.

By the time Lane was 9 years old, he was on a bull in the arena, looking to make his first 8-second ride.

“The crowd just went wild cause he was so little,” said Elsie.

The sound of a roaring crowd is one Lane would get used to. He won his first saddle as a bull rider in 1976 when he was 14.

He competed in the National High School Rodeo three years and won the bull riding championship as a high school junior. Right after Lane graduated from Atoka High School in 1982, he became a full-time bull rider with the Professional Rodeo Cowboys Association.

“He just couldn't wait to join the PRCA and get to rodeo-ing, so that's what he did,” said Elsie.

The sport came naturally to Lane. He was the only cowboy to conquer “the bull no man could ride” named Red Rock. He won the coveted World Champion Bull Rider title in 1987.

“He couldn’t have done any better at what he done; he won the world and that's what he said from the time was little, 'I'm the world's champion,'” his dad Clyde said.

Lane quickly became a fan favorite. It wasn’t just for his talent in the arena, but because he was a genuinely good guy with his signature wave and big smile. Those who knew him say Lane had a way with people, especially his fans.

“Lane loved his fans,” Elsie said. “God knew what all was gonna happen, and he gave him that personality that drew people to him. He did. People were just drawn to him for some reason.”

It was July 30, 1989, on a rainy day in Cheyenne when Lane took his final 8-second ride. He died after a bull hooked him in the back. It seems unreal, even 30 years later.

“You probably won't really believe it, but I still think of Lane just like he's here sometimes,” Clyde said. “We had him for 25 years, and I wouldn't take nothing for it.”

Lane's story didn't end in the arena that day, it was only just beginning. His name shot to fame once again when the movie based on his life, 8 Seconds, hit the big screen in 1994.

“We knew Lane's death would make a big impact on the rodeo world, but because of the movie so many more people know about it,” Elsie said.

“I don't know how else to compare it, imagine Michael Jordan of rodeo,” Stetson said.

Stetson said the brand is personal, and it's about a way life.

“He was charismatic; he was good with people. That's something to look up to. He's more than just a bull rider,” he said. "It’s a legacy, there’s no myth about it. This guy really existed, that’s what’s cool.”

The brand also sponsors athletes from MMA fighters, to hunters and of course, a team of bull riders who strive to be like Lane in the way they ride and in character.

"The name, the background, the history, you could say it means a lot to a lot of people," said bull rider Braxton Thompson. "It's about how you act toward others and the attitude. Let's say you get bucked off a bull, you don't throw your helmet. He didn't ever do that. He was always that, 'All right, I'll go get him next time.'"

Each time a rider with the Lane Frost Brand team hits the arena, it also puts the famous cowboy's name back in the spotlight. Elsie says words can't describe what that means to her and Clyde.

"It just kind of gives you a thrill every time you see that Lane Frost name," Elsie said.

She said the greatest thrill is that she'll see her son again, because a year before he died, he became a christian.

"He called on God, I'm so thankful for that," said Elsie. "He wasn't perfect, but he knew Jesus."

Even with all his wins and awards, the Frosts say they are most proud of Lane's faith. It's something they hoped would be part of 8 Seconds, but say the director cut it.

So the Frosts started a Bible ministry. In their 80s now, Clyde and Elsie are slowing down, but have traveled the country, giving away 300,000 Cowboy Bibles and sharing the part of Lane's life that didn't make it in the movie.

"I just felt like we needed to tell the story of his salvation," said Elsie.

His story and lasting impact make Lane Frost a legend, with a legacy that is forever larger than life.

"I remember saying to Clyde at the funeral, 'Do you think in 10 years anyone will remember who Lane was?' Well, was I ever wrong about that?" Elsie said with a big smile.

Professional Bull Riders CEO Sean Gleason said in a Facebook post last year that he didn't know Lane personally, but his all-too short life had a profound impact on the sport.

"The PBR may not have existed if not for Lane's passing and the steadfast commitment and resolve of the PBR founders," Gleason said. "The entire bull riding and western sports world owes a huge debt of gratitude to Lane Frost. I owe him my professional career."

Clyde and Elsie say if Lane were still here, he'd still be involved in bull riding in one way or another.

Lane's tragic death has given other bull riders an extra layer of protection. After he died, Lane's friend and traveling partner, Cody Lambert, created a protective vest that all professional cowboys are required to wear now when riding bulls.

Lane's family believes if he had been wearing a vest that day 30 years ago he would have survived.