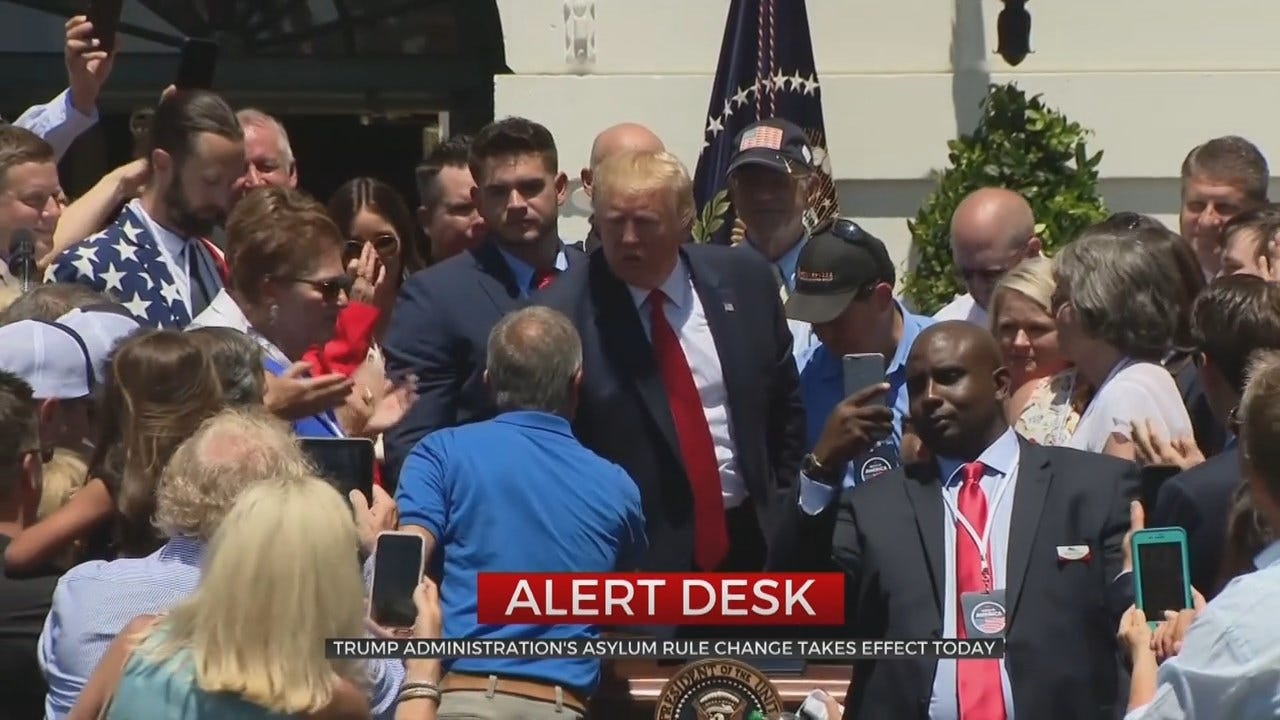 A new rule is expected to go in effect Tuesday that ends protections for some Central American migrants.

Under the new law, asylum seekers traveling from Central America must first apply for protection in countries they're traveling though, such as Mexico.

"We protect other people's borders but we don't want to protect our own border. And that's changed so rapidly and so much" said President Trump.

The measure also applies to children who cross the border alone. But the Trump administration says there will be exceptions--including for victims of "severe forms of human trafficking" and those who have sought protection in another country but were denied.

The Trump Administration says the policy change is meant to ease what it calls the overwhelming burden on the U.S. asylum system at the southern border.

Republican U.S. Senator Jim Inhofe says he's on-board with President Trump's plan and worked with the president on the rule. In a statement, Senator Inhofe said, in part, that he believes the law will "minimize false asylum claims-- ease the backlog on our immigration courts-- and end catch and release."