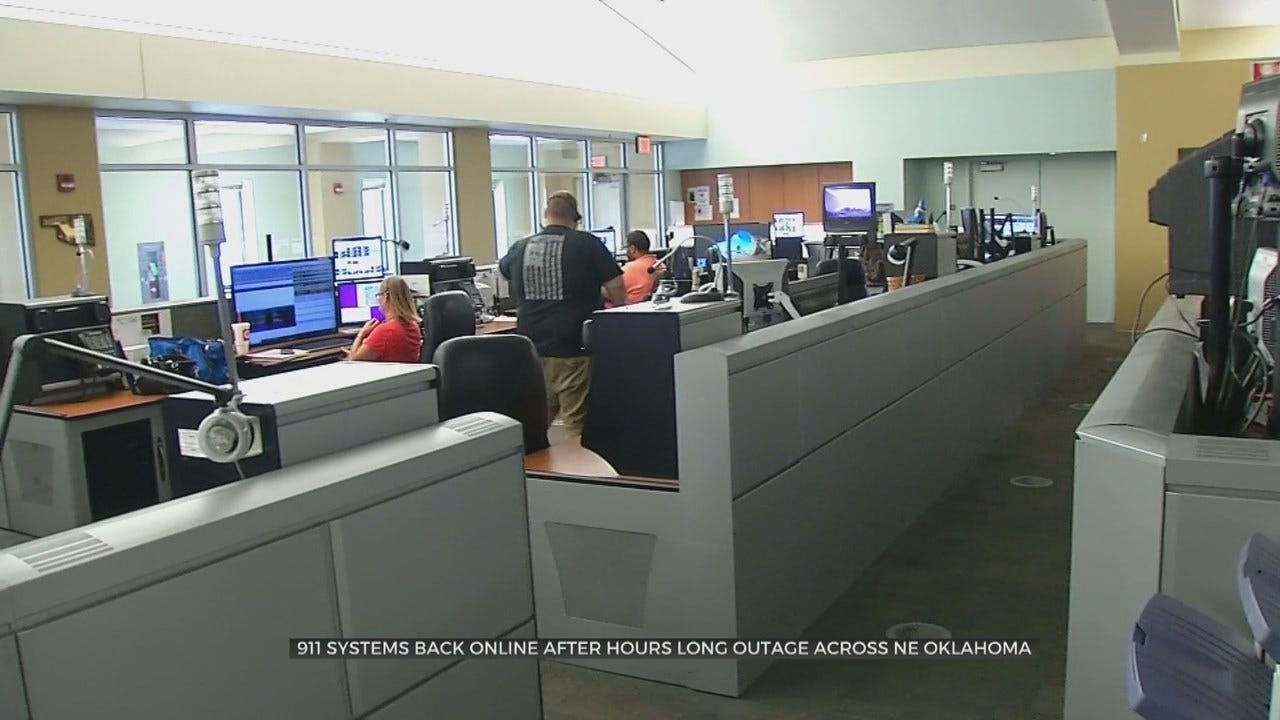 About a dozen agencies are now receiving 911 calls after a widespread outage was caused from a fire in Tulsa.

Things are back to normal at the dispatch center in Tulsa, after many worked long hours without a break.

Carrier started her day with the officer-involved shooting at 43rd and Peoria, then a fire at the AT&T building downtown knocked out 911 services.

Police, firefighters, and EMSA fanned out across the city to stage at QuikTrips for anyone in need of emergency services.

Related Story - UPDATE: 911 Lines Back In Working Order After Fire At AT&T Building

It's a plan that Public Safety Communications Director Matt Kirkland said has been in place for 20 years. It’s used anytime there's a communication outage, whether it’s with 911 or the radio system.

"The default is for officers to report to a QuikTrip because everybody knows where the closest QuikTrip is,” Kirkland said.

Several other cities were impacted too, including Owasso, Sand Springs, Oologah, Henryetta, and Vinita.

In a statement, AT&T said, "We worked as quickly and as safely as conditions allowed to repair damaged equipment and apologize to anyone who was affected."

"It was definitely complicated today but we did our best and hopefully we were able to help anybody that we needed to,” Carrier said.

Dispatchers said not to call 911 just to see if it's working during an outage because it can tie up the lines.