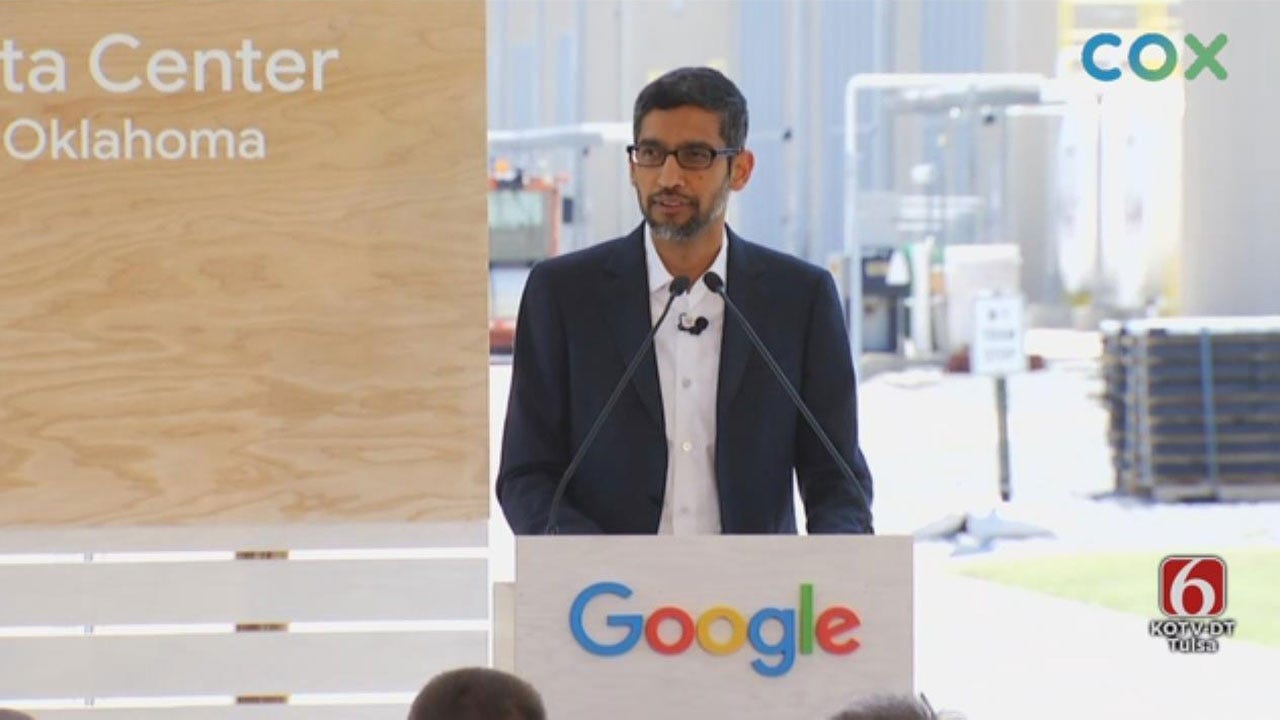 Google executives, along with state and local leaders, announced Thursday that the global tech company will invest even more into Oklahoma.

Google announced that continued expansion of its data center in Mayes County near Pryor brings the companies total investment to over $3 billion. They say this will increase local employment to over 500 people.

Google says this is part of their $13 billion investment to expand data centers across the U.S. Google also announced a $6 million grant to the National 4-H Council to support computer science education in its Oklahoma chapters and other across the nation.

"We're proud to make another $600 million investment in the great community of Mayes County," Pichai said. "The Pryor Data Center is part of the engine that makes it possible for Google to help billions of people around the world. We look forward to being a part of this community for years to come."

The Google data center opened in 2011 and already represents a $2.5 billion investment.

Before CEO Pichai wrapped up the news conference, he held a moment of silence for a Pryor employee who was killed in a car crash earlier in the week.