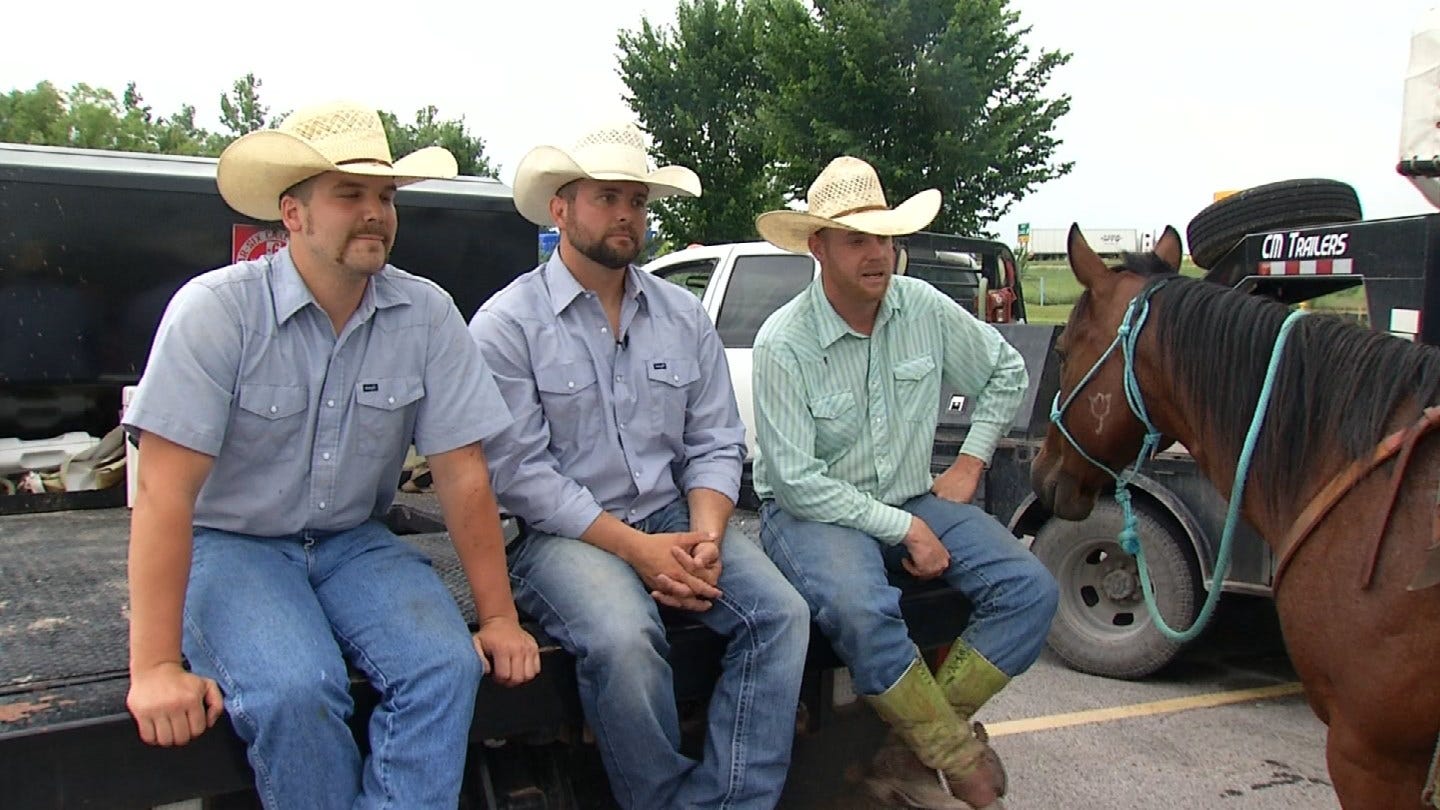 Dozens of Oklahoma cowboys have been coming together for almost a week now, saving livestock from properties all over Green Country.

They say have taken days off of work and are using their own fuel, trucks, boats, and horses to get the animals to safety. This isn't a job for the faint of heart but these Oklahoma cowboys are taking it up because, when they saw people's farms and livestock started going underwater they felt motivated to help.

"We have burned some fuel and spent some time. We have all took off work to do this," they said, "We are beat, to say the least."

It all started Wednesday when some of the guys needed help moving hundreds of cattle from flood waters. They posted on Facebook saying they had the equipment to help other families too.

"It spread like wildfire after that one or two calls," said Casey Thomas.

Now they have been all over Coweta, Muskogee, Owasso, Catoosa, Claremore, and Verdigris, hauling livestock out of some pretty sticky situations.

"Guys we didn't know were just jumping into the water as we were pulling these cattle off of the island so we could haul them out by boat," said Hunter Webster.

In a few days’ time, dozens of men were showing up to help.

"It was incredible just to see a bunch of guys get together just to help a bunch of strangers that they don't know," said Hunter Webster.

"We just refuse to sit back and watch these livestock drown because I mean, all of us own cattle,” said Cory Conley.

After working for a week straight they are tired and beat down but still smiling.

"Even the people that ain't helping us. They are standing behind us. It has been humbling," said Casey Thomas.