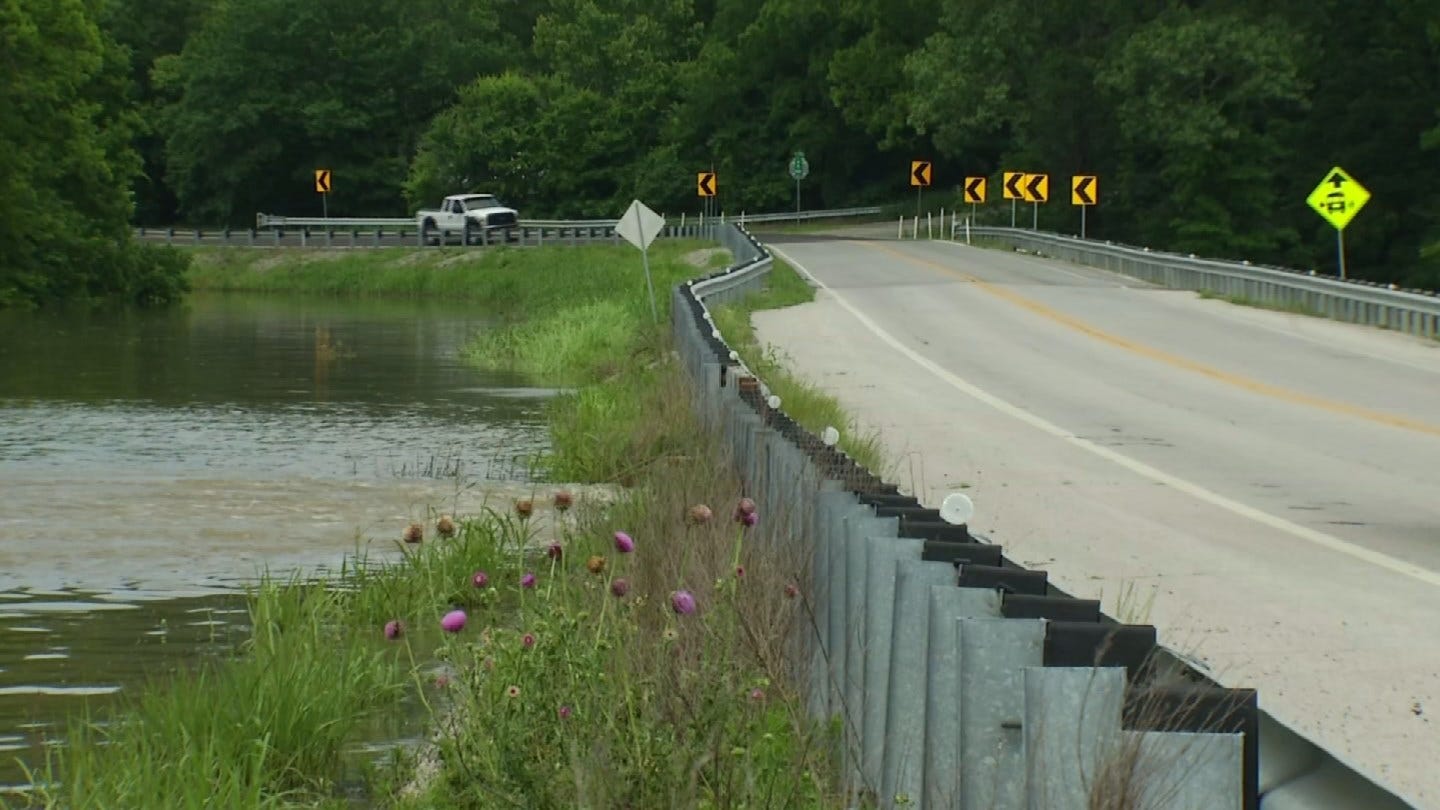 Residents of Rogers County are dealing with flooded roads while they prepare for the threat of more rain.

For an area that's normally dry, there's an impressive amount of water flowing from the spillway at Oologah Lake, and into the Verdigris River.

The water has caused part of Highway 88 to be closed for days. It's a scene JT Bohannan has only seen once before.

"This is exactly what it looked like in 1986," said Bohannan.

The high water means a four or five-mile detour for Bohannan to feed his cattle.

"I live on the other side of this, but I have my cattle on this side here. And we've got them up from the floods right now. So we're having to feed them every day," he said.

From Claremore, the Rogers County Sheriff took off in an Air Evac chopper to get a look at what's flooding and prepare for more rain. Swift water rescue teams from Texas will be on standby.

The sheriff's office is keeping an eye on Highway 20 between Claremore and Owasso also known as Keetonville Hill. Right now, it's not a problem but the sheriff's office hopes folks who live along the Verdigris River will be on high alert.

"We are encouraging everybody, if they can, to do a voluntary evacuation. We haven't started any mandatory situations, but it could come to that," said Major Jenkins.