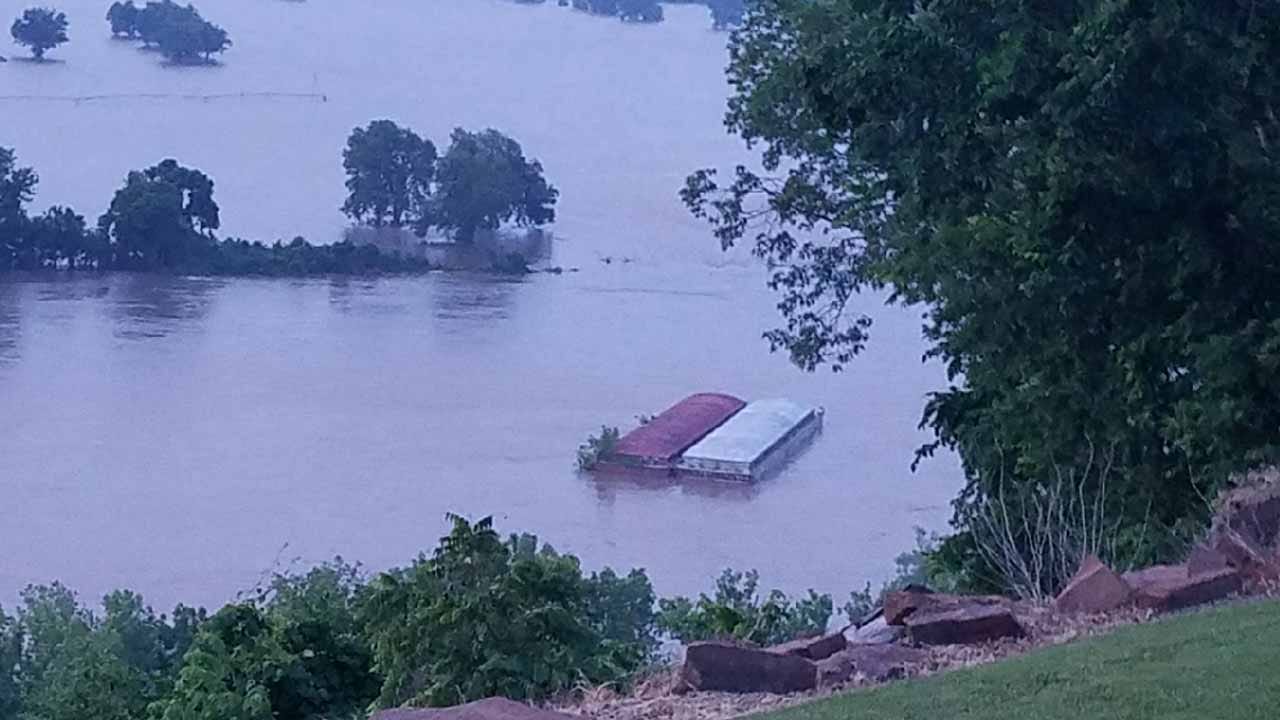 The town of Webbers Falls is telling its residents to evacuate immediately as of Wednesday night because of loose barges along the Arkansas River headed for a dam.

This is the message they posted to Facebook as of 8:49 p.m.:
Evacuate Webbers Falls immediately. The barges are loose and has the potential to hit the lock and dam 16. if the dam breaks it will be catastrophic!! Leave now!!

The barges went under the Highway 62 bridge and are heading towards the Webbers Falls Lock and Dam 16. News On 6 has confirmed that Life Flight is flying overhead trying to locate the barges so that first-responders will know where they are and see their path.

The City of Webbers Falls believes that if the barges impact the dam, it will be catastrophic. However, the lockmaster in charge of Lock and Dam 16 believes the worst-case scenario would be to break a couple of the gates.

Muskogee's police chief said that if it misses the Lock and Dam 16, the next thing the barges will hit will be the Interstate 40 bridge. The Oklahoma Highway Patrols is on standby to block traffic there should that happen.