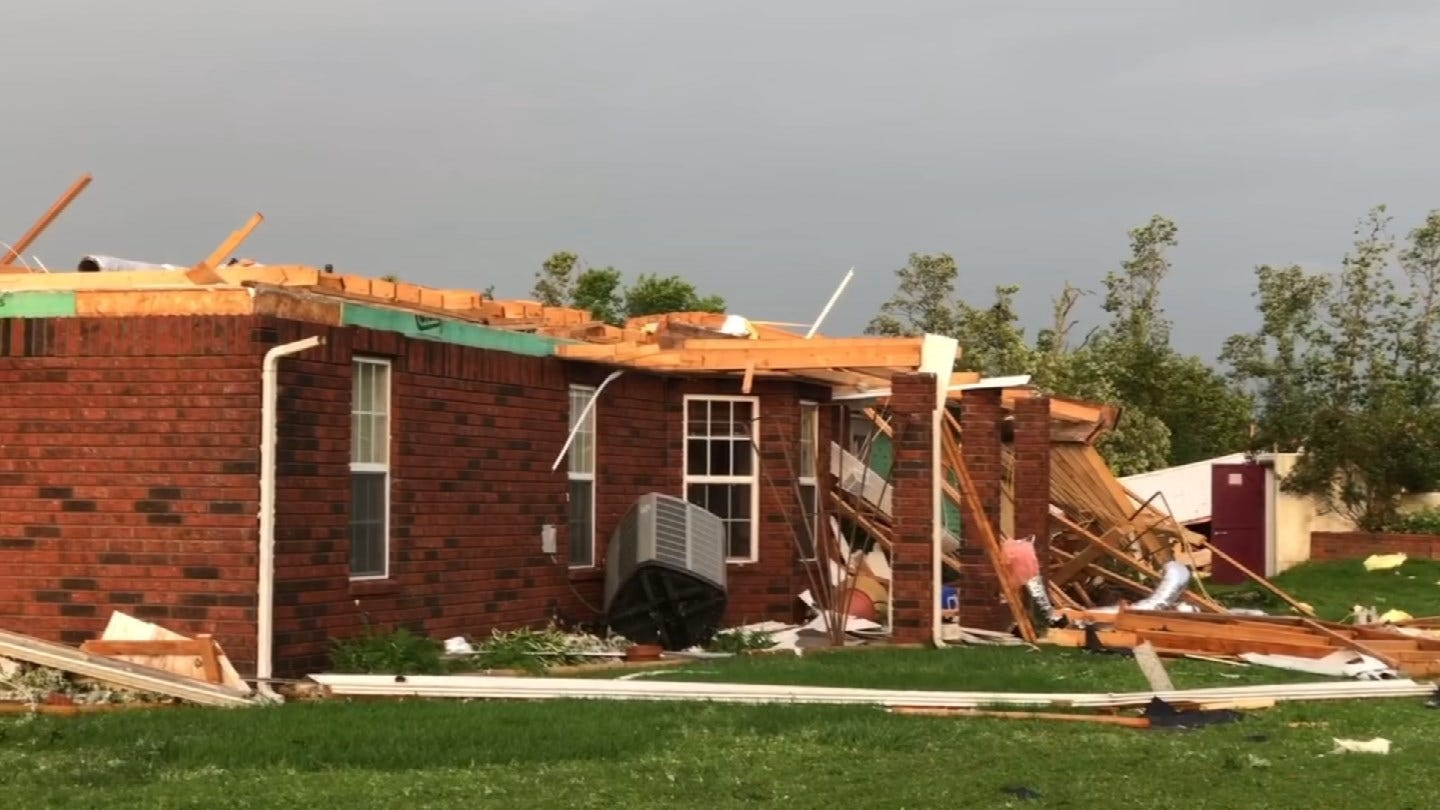 Some folks in Cherokee County are picking up debris left by Monday’s possible tornado.

The storm happened in an instant as Ed and Karen Spencer tried to get outside to their cellar in Peggs.

“This roaring hit and the lights went out and it just sounded like a train coming. Heard the roof going off, doors busting in,” Ed said. “The glass was busting," his wife added.

They never made it to their shelter and had to ride out the storm in their kitchen, instead. They say if they had tried to step outside, with the power of the storm, they might not have survived.

"We probably would have been blowed away because it hit so fast,” Ed said.

Most of their walls were still standing, but their roof was blown into the yard. Their property is a mess, littered with wood, crumbled metal and debris. And the Spencer's home of nearly two decades, along with two shops are destroyed.

But they made it out with what mattered most, each other.

“We didn't even get a scratch. God had his hand on us,” Karen said.