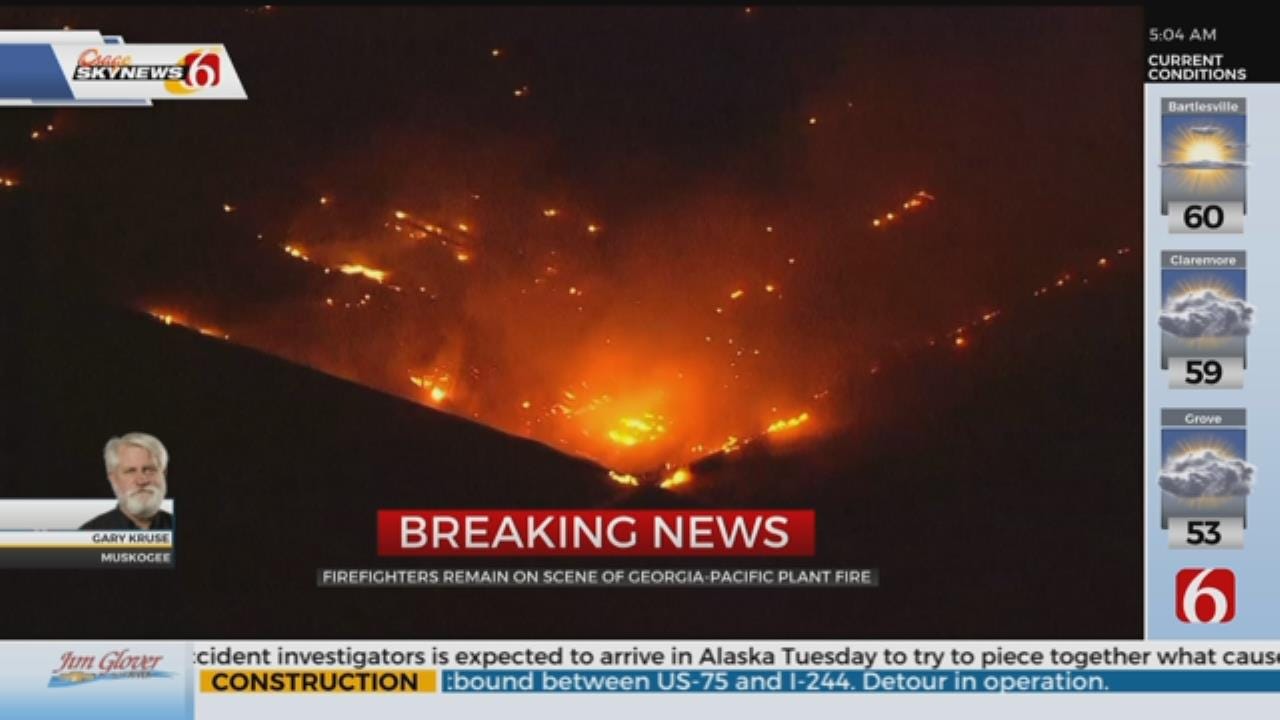 Muskogee Firefighters are still on scene at Georgia Pacific Tuesday afternoon after a propane forklift caught fire and exploded.

No one is injured but employees say the explosion has them wondering what the future will hold for them at the company.

It’s a huge plant so there are employees in different buildings that are at work, but the parking lots are also full of employees who used to work in the building that caught fire.

They are on standby right now, waiting to hear when they can go back to work. One man was in the building when the explosion happened, and he said that all the dust came off the walls. He said he has no idea how everyone got out safely.

Firefighters are still on scene, putting out hot spots. Every fire station in Muskogee responded.

A spokesperson for Georgia Pacific said a propane forklift inside caught fire and then exploded. The fire is contained to buildings 27 and 10 but a lot of people who work in those buildings are wondering what this is all going to mean for them.

The Georgia-Pacific spokesperson said they did evacuate the plant despite having a fire brigade that's trained to handle situations like this.

"It's heartbreaking. It's sickening. I just never thought ... my mama always told me tomorrow ain't promised to nobody so don't take nothing for granted. That's what she said. She's right," said former employee Kathy Terrell.