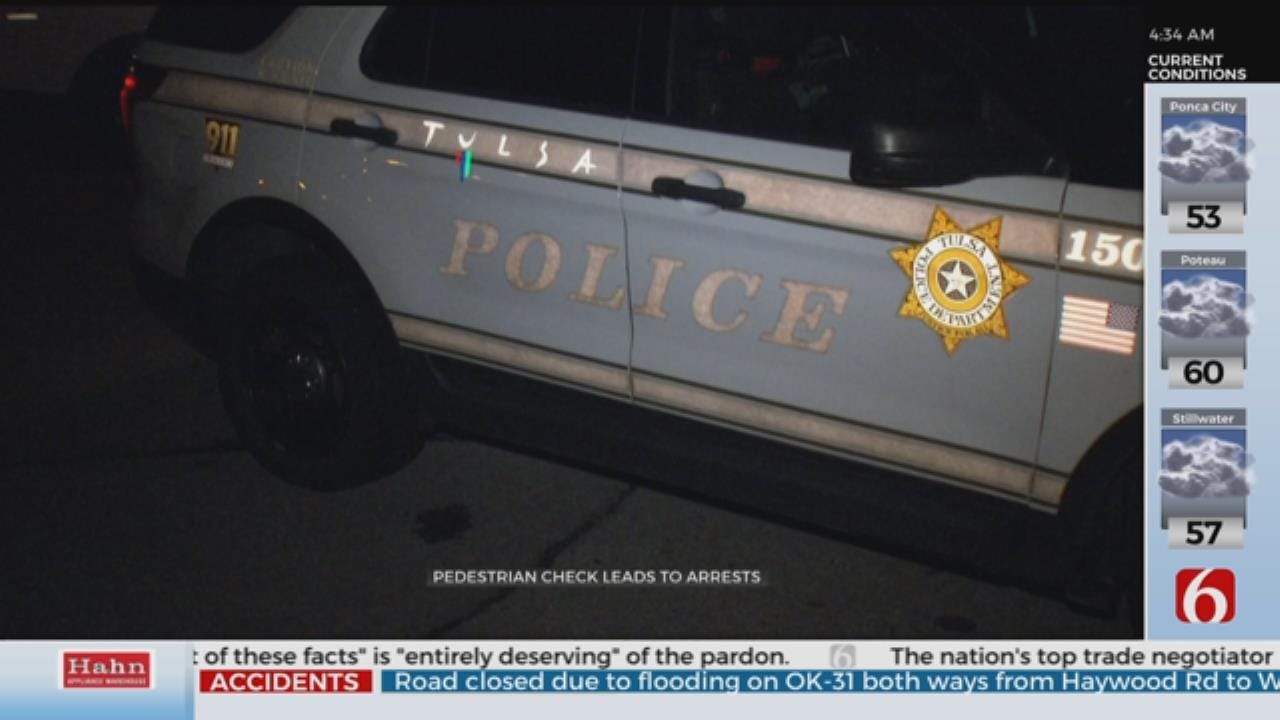 Tulsa police chased a man down after they realized he had a felony warrant.

Police said this all started during a check at the QuikTrip near I-244 and Sheridan.

When officers arrived at the QuikTrip, a man ran away from the store.

Officers found out he had a felony warrant for possession of drugs and intent to distribute.

Police chased after the man and caught up with him near Haskell and 67th East Avenue.

They said the suspect did not comply with orders and they tased him.

EMSA and police cars were blocking off the scene when a man drove up and wanted to pass through.

Police originally told the driver no, but then allowed him to drive through slowly and that's when they noticed a light out on the car and stopped him.

Officers found out he also had a felony warrant and took him to jail.

Then, another driver tried to get through the scene, police told her no and told her to back up.

In the process, police say she hit a car behind her and they gave her a ticket for improper backing.