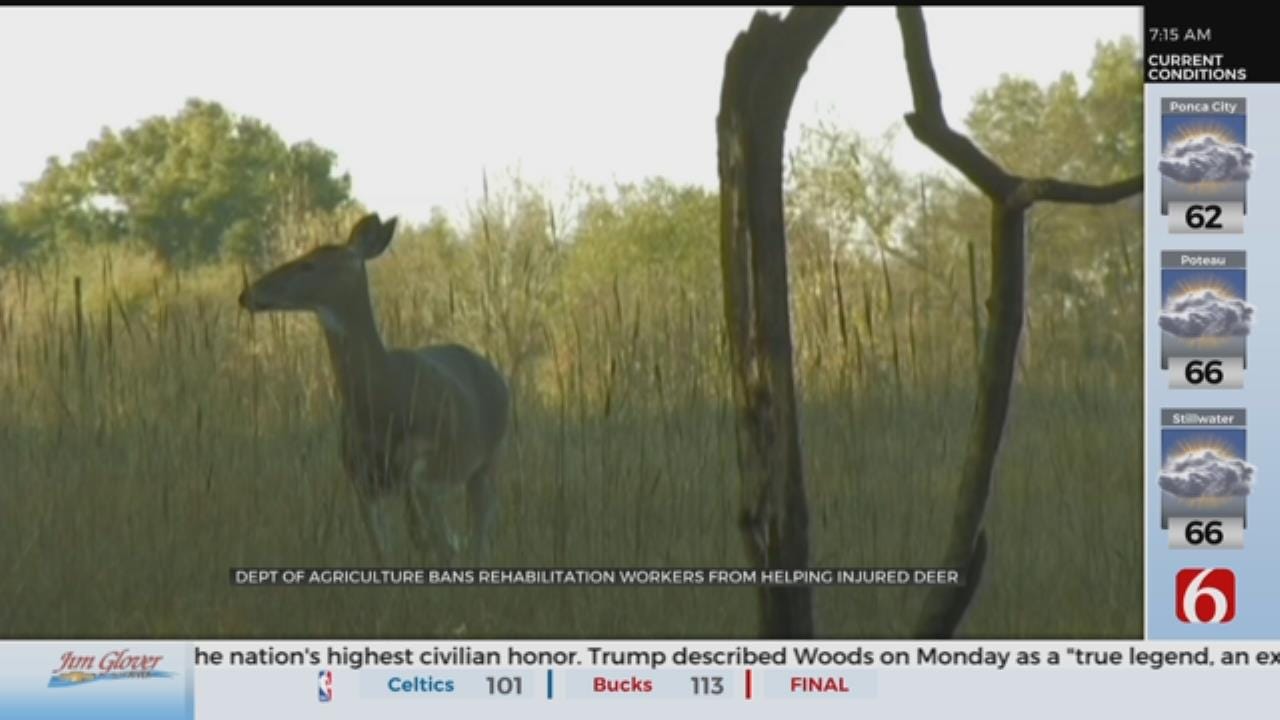 An order from the Oklahoma State Department of Agriculture, Food and Forestry is banning wildlife rehabbers from helping injured deer, including fawns.

It’s necessary to do so the ODAFF and Oklahoma Department of Wildlife Conservation can investigate a case of chronic wasting disease.

In April, the ODAFF confirmed a bull elk at a breeding farm in Lincoln County had CWD. It immediately put a ban on all whitetail deer and elk transport.

Chronic Wasting Disease is a fatal neurological disease that has no treatment. CWD affects the brains of elk and deer.

The Department of Agriculture says the movement ban will give it time to figure out the prevalence of the disease in the state.

That order is not just for commercial breeders, but also rehabbers. That means anyone who sees an injured deer -- adult or fawn -- the only thing they can do is leave it there.

It couldn't come at a worse time because May is when deer start having babies, which means wildlife rehabbers take in a lot of injured fawns this time of year.

“"I'm gonna try to get through this without getting emotional. This is a day we've been dreading for years. Chronic Wasting Disease has been confirmed in the state of Oklahoma,” said King in a video on Facebook. “This is gonna be very difficult for us. We're gonna have a lot of people angry with us, but we don't have choice."

The department of Agriculture says it will lift the ban on May 24, unless evidence shows an extension is needed.

So far only one animal has tested positive for CWD. It’s the first confirmed case in 21 years. The other case also came from a breeding facility.

The Oklahoma Department of Wildlife performs herd health studies every year to test wild deer and says no wild deer in Oklahoma have ever tested positive for CWD.

The ODAFF says no health risk to humans or livestock, like cattle, has ever been documented.