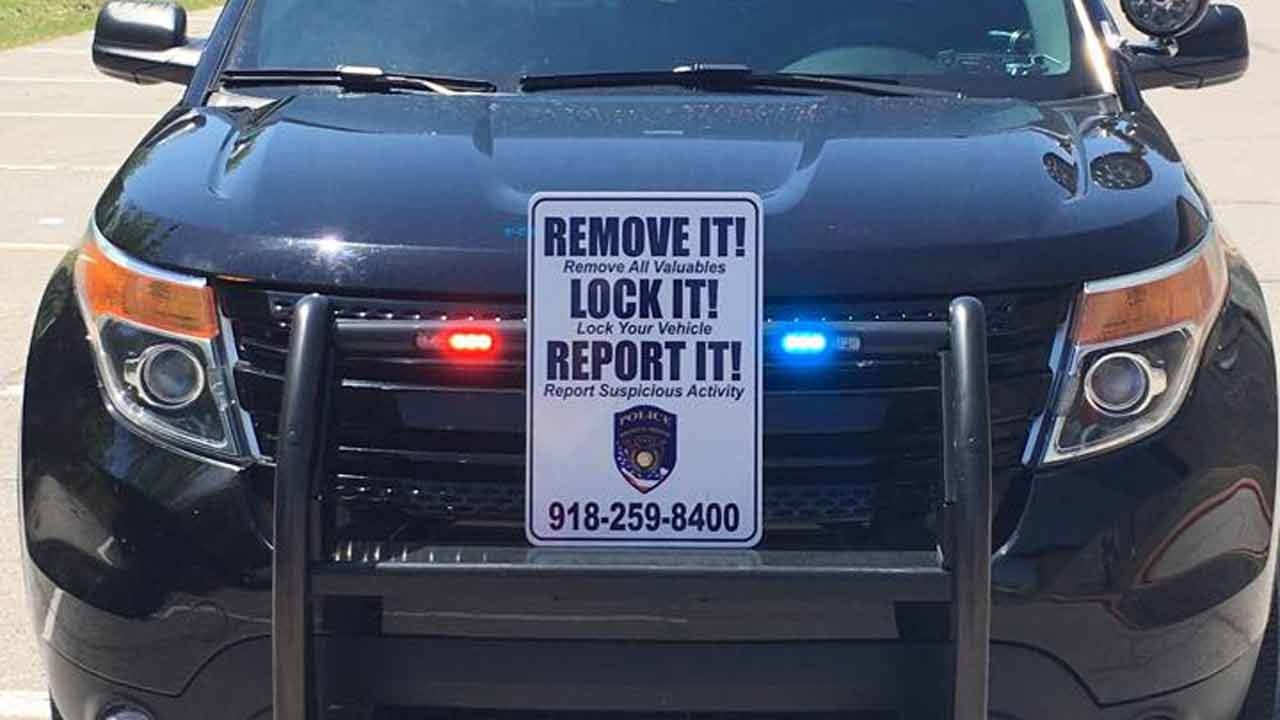 Broken Arrow Police are dealing with another string of car burglaries, but officers think a new community campaign is helping cut down on crime.

People at Biscuit Acres, a popular Broken Arrow dog park, tell me they see broken glass in this parking lot almost every day. They say they have started parking their cars on the front row so they can watch them, while their dogs play.

Car break-ins don't just happen under the cover of darkness when no one is around. They can happen in the middle of the day.

"Right now what we are seeing the most of, are public areas - like hotels and shopping centers," said Broken Arrow Police Officer James Koch.

“People are leaving firearms inside their cars, and firearms are stolen out of these cars in broad daylight. It is just one of those things we really wish we could eliminate."

"This week we have had a handful of vehicle burglaries reported to us," said Koch.

Koch believes the police department's campaign reminding people to remove valuable items from their car, lock their cars up and report suspicious activity has made all the difference.

"People are telling us, ‘Hey, I really appreciate your 9 p.m. routine, your reminders, the billboards, your social media. It has helped me remember to lock my car make sure it is locked," said Koch.

"We are trying to help people and that is what everybody who wears this uniform, all across the nation, that is what we signed up to do."