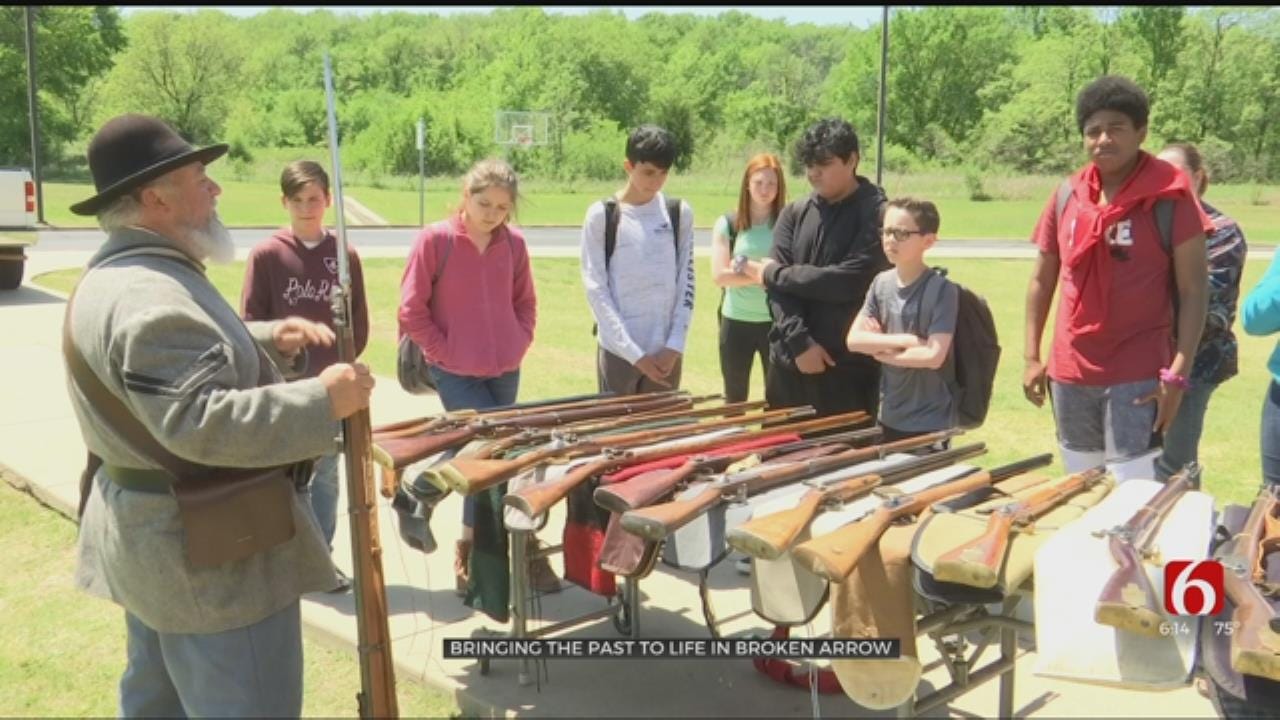 The reenactment started with a boom - thanks to a 12-pound Blakely replica cannon.

Cannon fire helped 8th graders get a sense of what soldiers heard and saw on the battlefield during the war that divided our country. The students are studying American history and learning about the founding of our nation.

The school got special permission from the city to fire the cannon, which shot one blank. Students also got to check out rifles, sabers, hats, and other clothing from the Civil War era.

The reenactors say the best part of doing something like this is giving kids an opportunity to look back in time.

"I love to watch the kids, they're really listening. You always have those kids who are on their cell phones; but for the most part they're listening, they're engaged, they're asking questions, and what better way to learn history than have it in front of you? You can touch it, see it, and be a part of it," said Stephen Deem, science teacher.

There were both Union and Confederate replicas on display, including an original sword from Gettysburg.