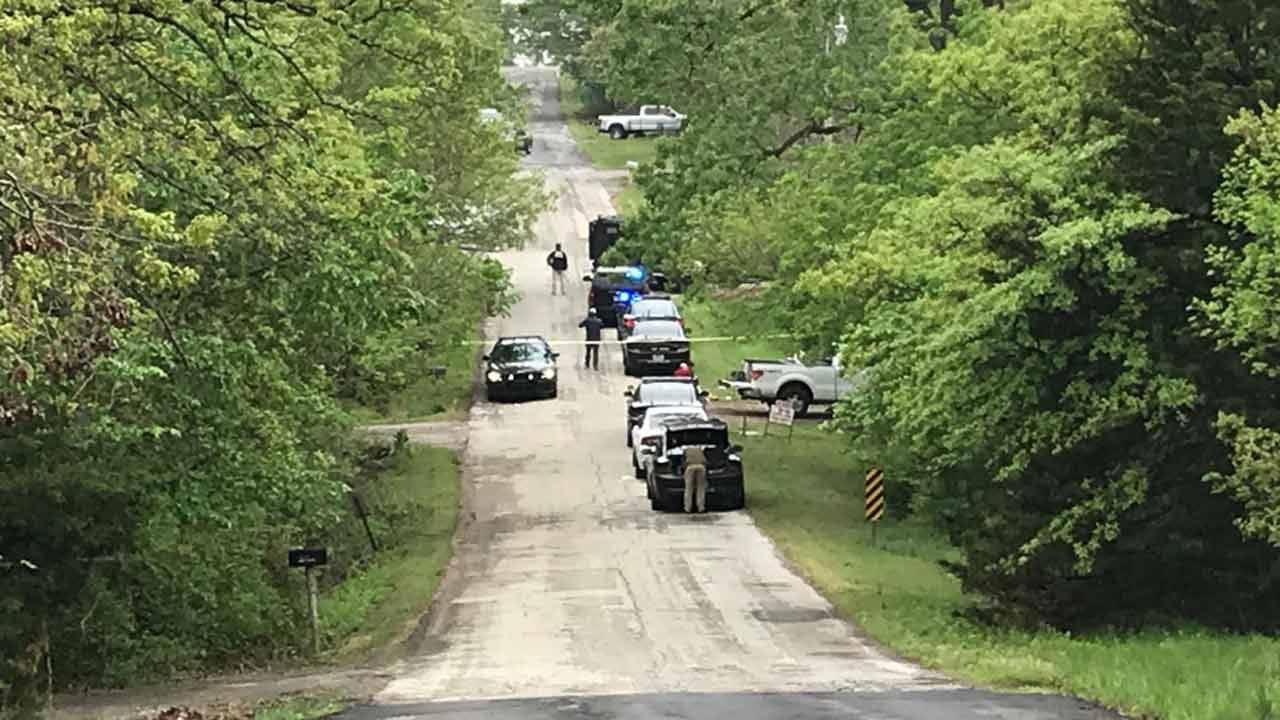 Several people have been arrested after a chase ended with a suspect shot by an Oklahoma Highway Patrol trooper.

It all started around 4 Wednesday morning when the Pawnee County Sheriff's Office asked for help from OHP and U.S. Marshals to serve a felony warrant. Investigators were looking for Phillip Hardman, who has a long and violent criminal history.

Overnight, deputies searched a home in Pawnee County they thought he might be at, but learned he was actually at a house southwest of Sand Springs near South 225th West Avenue and West 41st.

OHP said when they got to the house, Hardman jumped in a car and tried to get away.

A member of the OHP tactical team performed a vehicle intervention on Hardman's car, and it spun out into a ditch, according to OHP.

"He then began driving toward the troopers who were approaching him on foot," a news release states. "Those troopers opened fire."

Hardman was taken to to the hospital where he is expected to recover.

Two people at the home were also arrested. OHP said Christopher Pearson and Heather Barksdale were arrested on outstanding warrants.

Pearson grabbed at a police K-9 and tried to grab a trooper's gun, according to an arrest and booking report.

He was taken to the hospital where he was treated and released for wounds he got from the OHP K-9, according to authorities.

The arrest report states a nurse removed a clear plastic baggie containing a crystal-like substance from his rectum. Pearson admitted it was methamphetamine, the arresting officer said. He was booked on complaints of assault and battery on an officer, resisting arrest and possession of a controlled substance.

Hardman was arrested last year after Tulsa Police say he tried to elude them in a stolen vehicle.

Here's video of the previous incident: