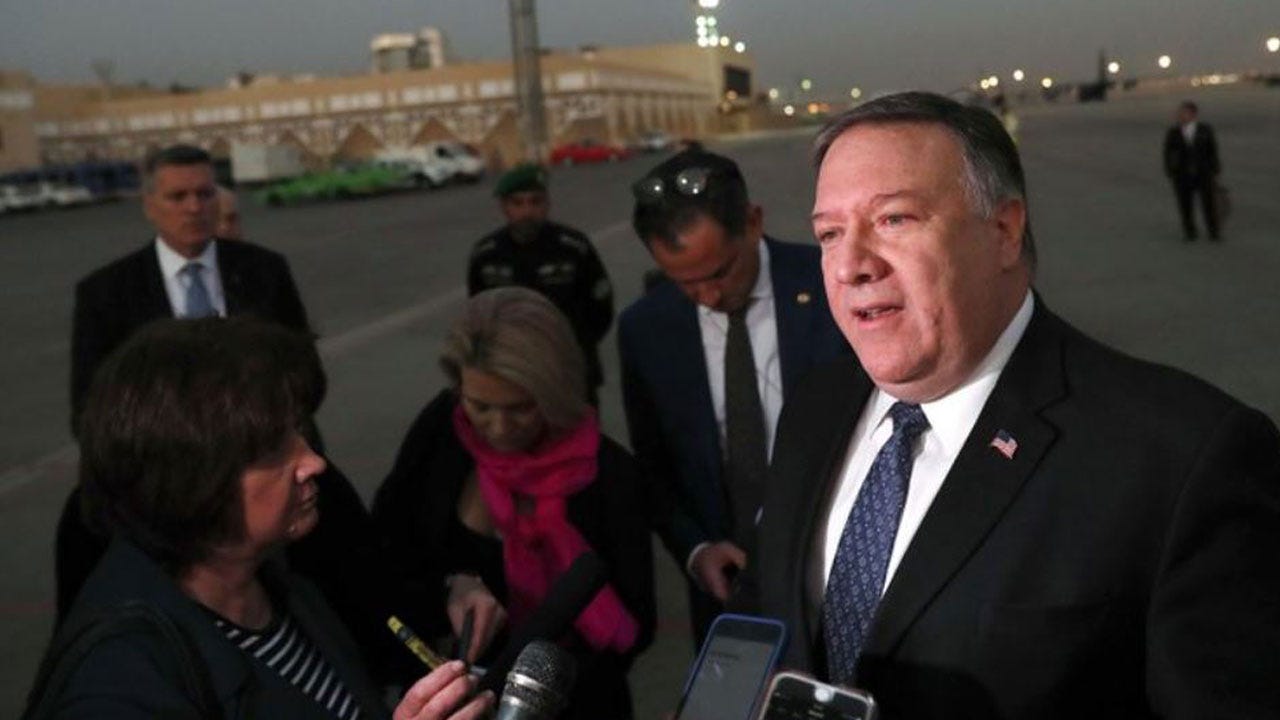 Secretary of State Mike Pompeo announced at a press briefing Monday morning that the U.S. will no longer grant sanctions waivers to any country importing Iranian oil, in what marks the latest escalation of the administration's maximum pressure campaign on Tehran. Pompeo said that the Trump administration had secured a commitment from Saudi Arabia and the United Arab Emirates to ensure markets remain adequately supplied.

The decision to not to reissue the Significant Reduction Exceptions (SREs) comes just over a week before the waivers are set to expire on May 2. Pompeo said the United States had "made clear our seriousness of purpose: We are going to zero" Iranian oil exports.

Pompeo said that oil exports had long been Iran's "principal source of revenue" and at one point exceeded $50 billion a year.

"How long we remain there, at zero, depends solely" on Iran's senior leaders, he said. The Trump administration has repeatedly accused Tehran of backing destabilizing activity throughout the Middle East.

He reiterated multiple times, however, that Trump White House does indeed support the Iranian people.

Asked what meaningful change the maximum pressure campaign had brought about to date in Iran's behavior, Pompeo said, "We have watched Iran have diminished power as a result of our campaign."

"Their capacity to wreak harm around the world is absolutely, clearly diminished," he told reporters at the State Department.

His remarks followed a White House announcement on the topic.

"The Trump Administration and our allies are determined to sustain and expand the maximum economic pressure campaign against Iran to end the regime's destabilizing activity threatening the United States, our partners and allies, and security in the Middle East," the White House said in a statement.

The move to eliminate all SRE's follows the administration's designation of Iran's elite Islamic Revolutionary Guard Corps (IRGC) as a foreign terrorist organization. That move, in another effort to clamp down on the Iranian regime, makes it illegal for any organization to provide material support to the IRGC. The Trump administration accused the group, formed by an order of Ayatollah Khomeini as a branch of Iran's Armed Forces founded after the 1979 Iranian revolution, of not only facilitating, but perpetrating, terrorism.

The White House said its recent moves demonstrated the United States' "commitment to disrupting Iran's terror network and changing the regime's malign behavior. We welcome the support of our friends and allies for this effort."

China, India, Turkey, Japan and South Korea will be affected by the measure beginning May 2. If the countries are caught importing Iranian oil after that date, they will face sanctions. Three other countries that were granted waivers – Greece, Italy and Taiwan – have already cut off oil imports from Tehran.

Asked about the potential economic loss for the five countries winding down, a senior administration official told CBS News, "There's commercial risks involved everything but the president said he wanted to get to zero and...that's what he's going to do."

Before he raised the issue of sanctions waivers, Pompeo condemned the weekend terror attack in Sri Lanka and said the U.S. would offer "all possible assistance."