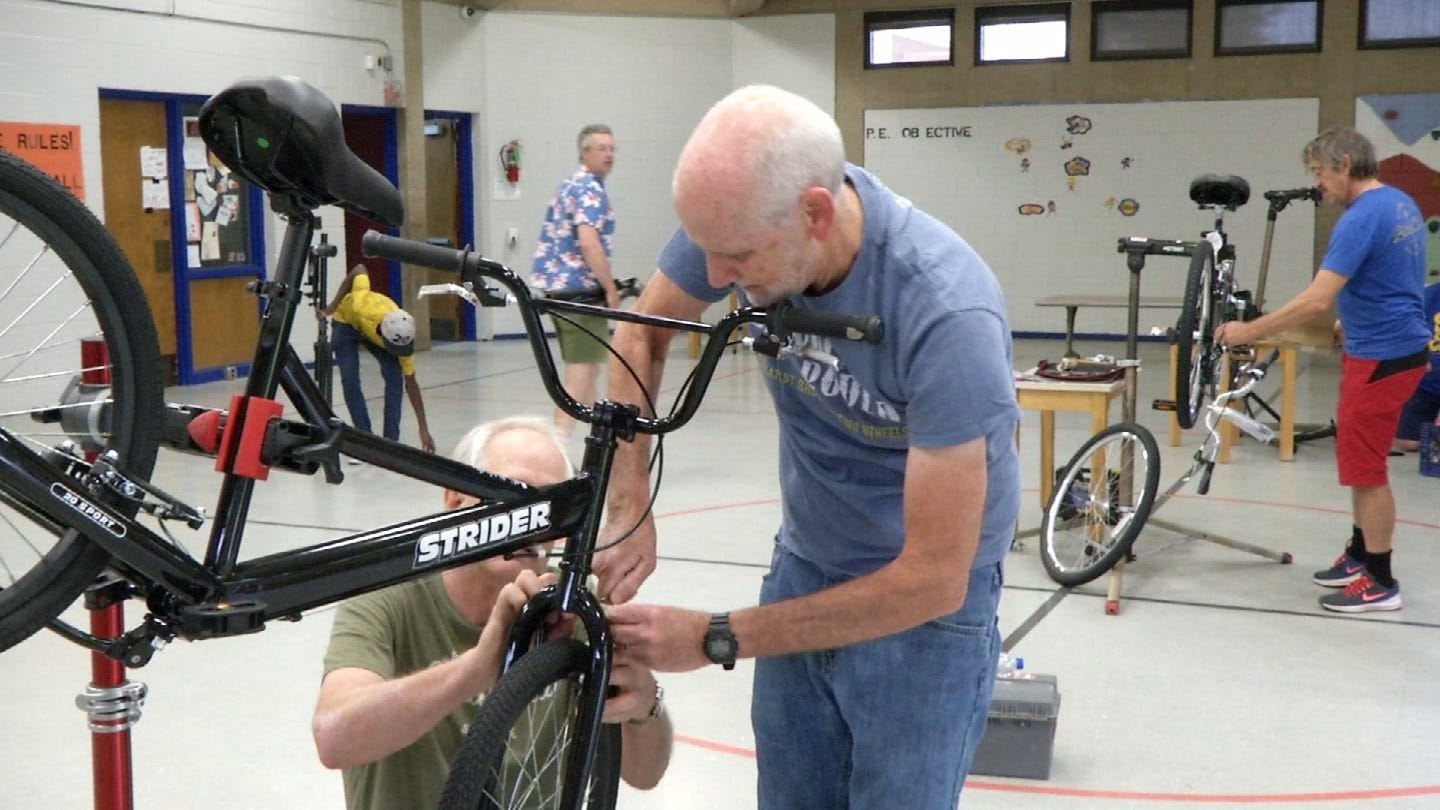 A group of Tulsa volunteers is putting together hundreds of bikes for students in Tulsa Public Schools.

TPS opened up the doors of the old Park Elementary School gym so members of the Bike Club could come in and put together 270 bikes for its students. Bike Club members say they've donated and put together hundreds of bikes for TPS in the past but this time, the district is paying for nearly 300 bicycles.

Students will use them as part of the district's cycling education program, where children will learn bicycle safety. For example, volunteers put together Strider bikes, which help kids learn how to keep their balance while they're riding.

Gary Percefull with the Bike Club says he believes safe cycling is a must-learn for any elementary school student.

"They get out and ride to the library, ride over to their friend's house, ride to school and back. It's a great way for kids to be independent and responsible when they learn bike safety and get out and be kids," said Percefull.

The district says its students will finally be able to use the bikes next school year.