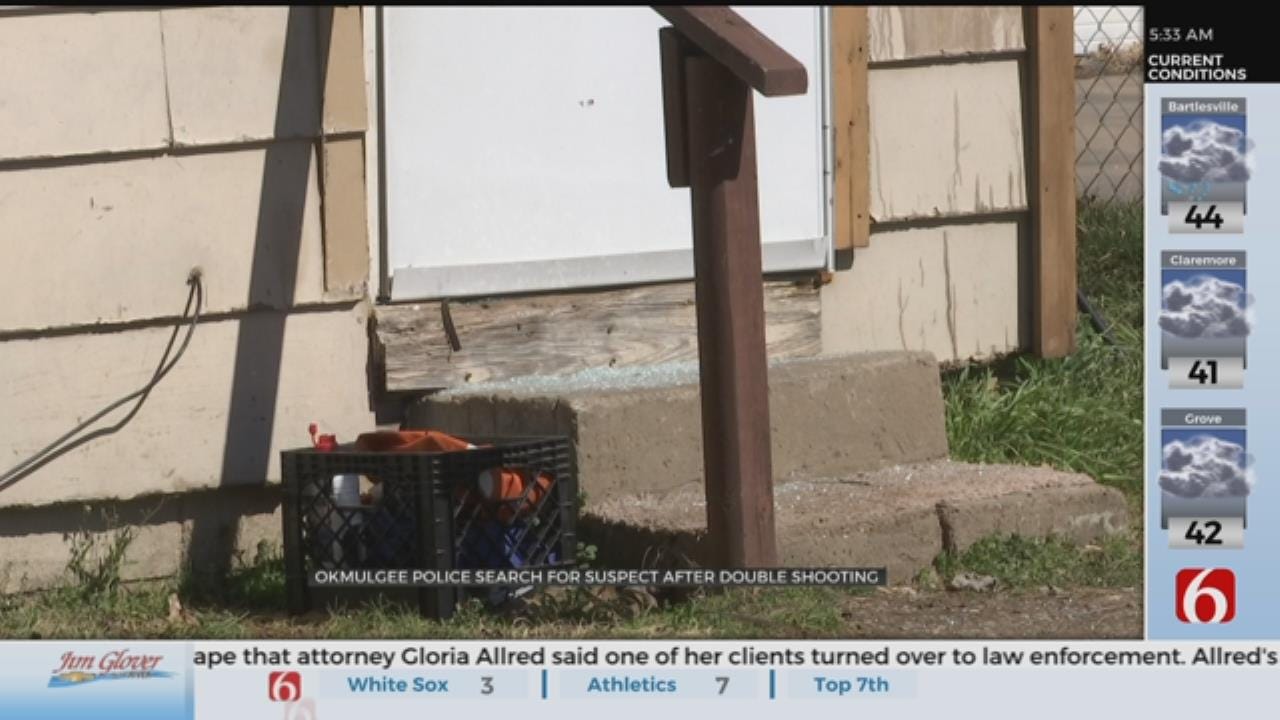 Police are still looking for a suspect after a double shooting in Okmulgee Saturday that left a 12-year-old in critical condition and sent a 21-year-old to the hospital.

Police are not revealing the 12 years old's identity but the Okmulgee Dunbar school is saying he is one of their own.

The school says they will have numerous counselors on site today to help his class with the healing process.

Okmulgee Police say they were called a home Saturday morning on East Laffayette Street in Okmulgee and found the 12-year-old boy shot in the head.

Police say an adult, Leon Grant, was shot in the leg several times but was found somewhere else.

Officers say the two were inside a home when a man knocked on the front door.

Police say Grant started talking to the person and then shots were fired from outside through the doorway.

Chief Joe Prentice of Okmulgee Police Department says "It's difficult to say; we don't have a suspect or a motive at this point. But based on the evidence, I don't think the 12-year-old was targeted."

If you know anything that can help police piece this together, you're asked to call the Okmulgee Police Department.