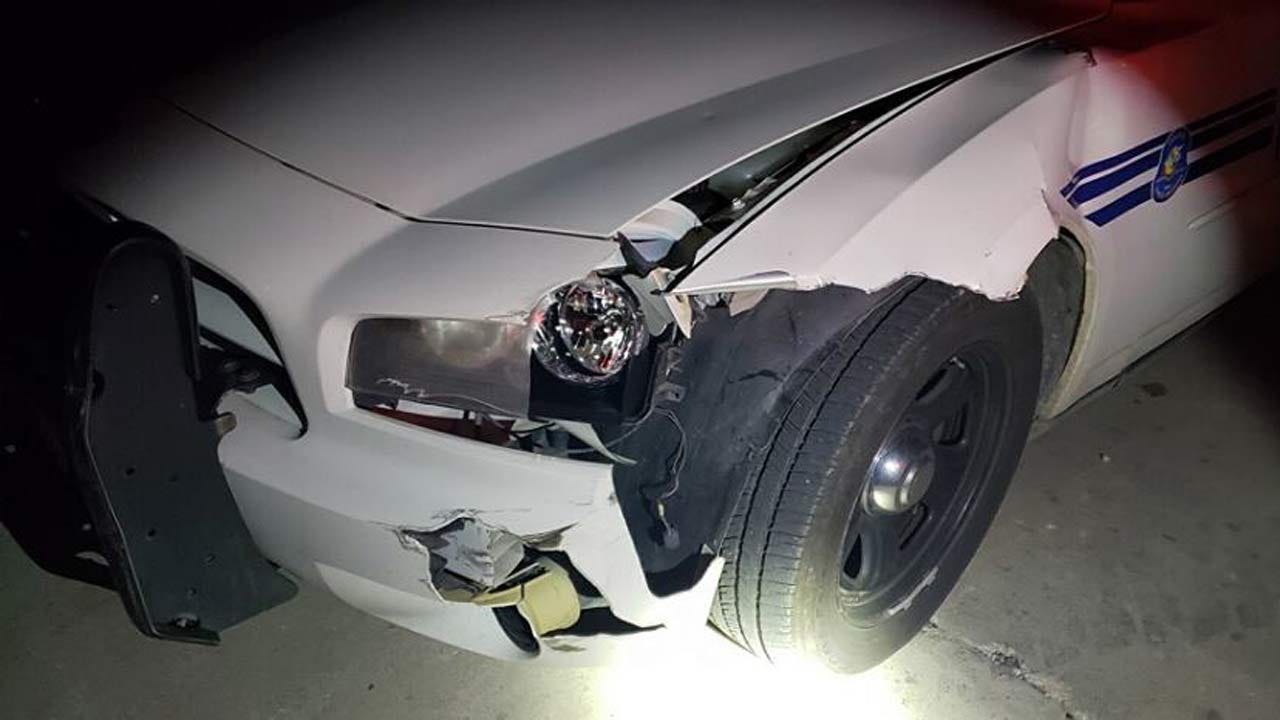 Coweta Police are searching for a man after they said he rammed a Police car during a chase causing more than $4,000 worth of damage. Police said they were trying to pull the man over for a broken brake light when it happened.

Coweta Police said that chase reached speeds up to 100 miles per hour and that man should be considered extremely dangerous.

Surveillance camera pictures captured the man Police said is suspected of leading them on a chase and slamming into a K-9 Officer and his dog while they were inside their police car.

"My concern is if he's gonna do it to a police car then he'll do it to anybody he doesn't care," said Chief Mike Bell with the Coweta Police Department.

Police Chief Mike Bell said this all started when his K-9 Officer noticed a black Mustang sitting outside A Walmart.

"He gets into his vehicle he starts heading towards the car as he approaches the vehicle the vehicle takes off," said Chief Bell.

Chief Bell said his Officer followed the vehicle, noticed a broken brake light and tried to stop the car. That's when things took off, down narrow and dark roads thru Coweta.

"They went down 111th at 289th speeds close to 100 miles an hour going down that road very dangerous at that point," said Chief Bell.

Police believe a man was at the wheel and two women were in the car. Police said shortly thereafter, the black mustang, year 2006 or newer drives through a yard near 289th E. Avenue and 101st Street South slamming into a Police car with the Officer and his dog inside before getting away.

"When you go after a police car or a police officer in his unit that's pretty serious," said Chief Bell.

Police said their officer and police dog could have been killed. They are asking the public to keep an eye and call them if they see either of those people.

"Stay away from him he could be extremely dangerous you need to dial 911 and notify us immediately," said Chief Bell.

The Officer and Dog were not hurt. Police are asking anyone in the area who may have caught the chase on video cameras to call them.