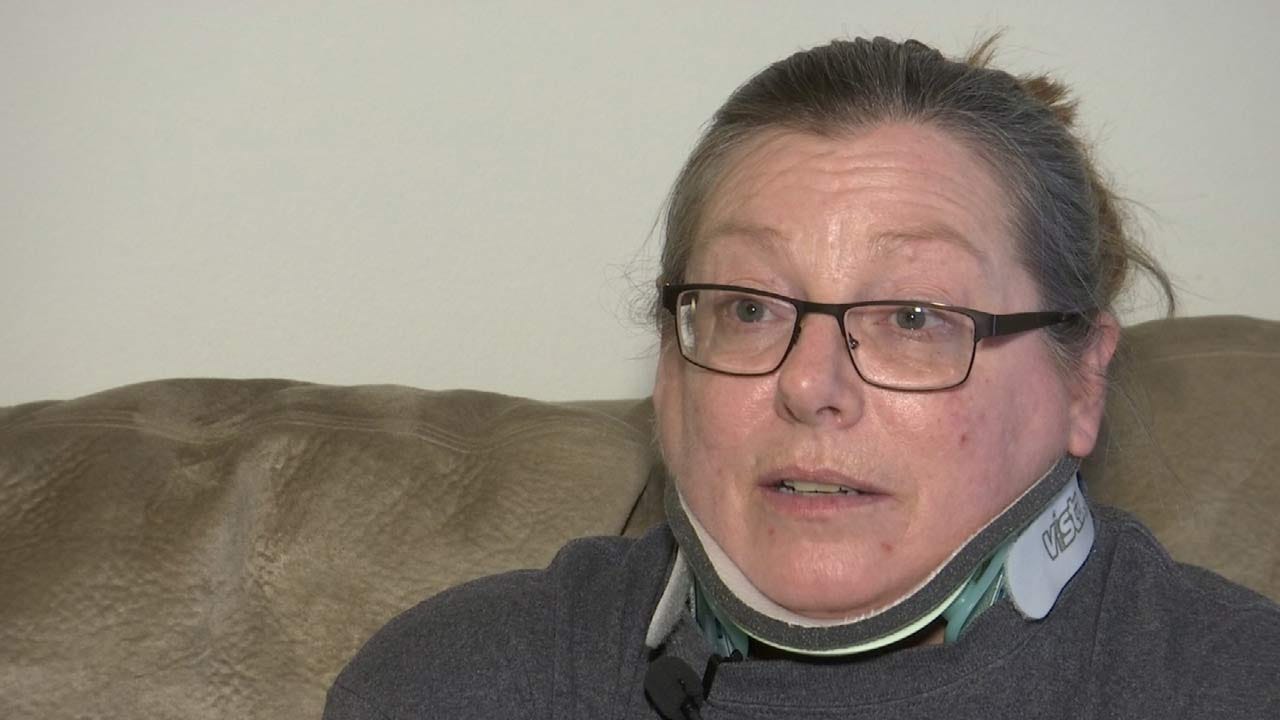 A Coweta woman turned herself in after leaving the scene of a car crash on Wednesday.

The victim said she's glad the woman decided to do the right thing, but she's still in a predicament.

Melanie Gardner was running her daily errands and stopped at an intersection she drives through every day.

"I saw a big flash of red out of the corner of my eye, and then the impact," she said. "It knocked my glasses across, off my face."

She said an SUV was turning right when it was sideswiped by a truck, sending the car right into her driver side door; she said the driver of the truck didn't stick around.

Gardner made a Facebook post about the crash, saying they had pictures of the truck who caused it.

Later that day, Gardner found out on social media the woman turned herself in at the Coweta Police Department.

She doesn't know if the post was behind the driver's change of heart, but Gardner is glad she did the right thing.

"I was relieved, and I was hoping she had car insurance," she said.

Unfortunately, the woman didn't. Gardner's insurance will cover some of her medical bills, but not her car repairs.

"I'm just glad it's not any worse than it was," she said.

"I don't have any animosity toward the lady that left the scene and caused the accident," Gardner continued.

"Please don't drive your car if you're not adequately insured, because it's not just you you're putting at risk."