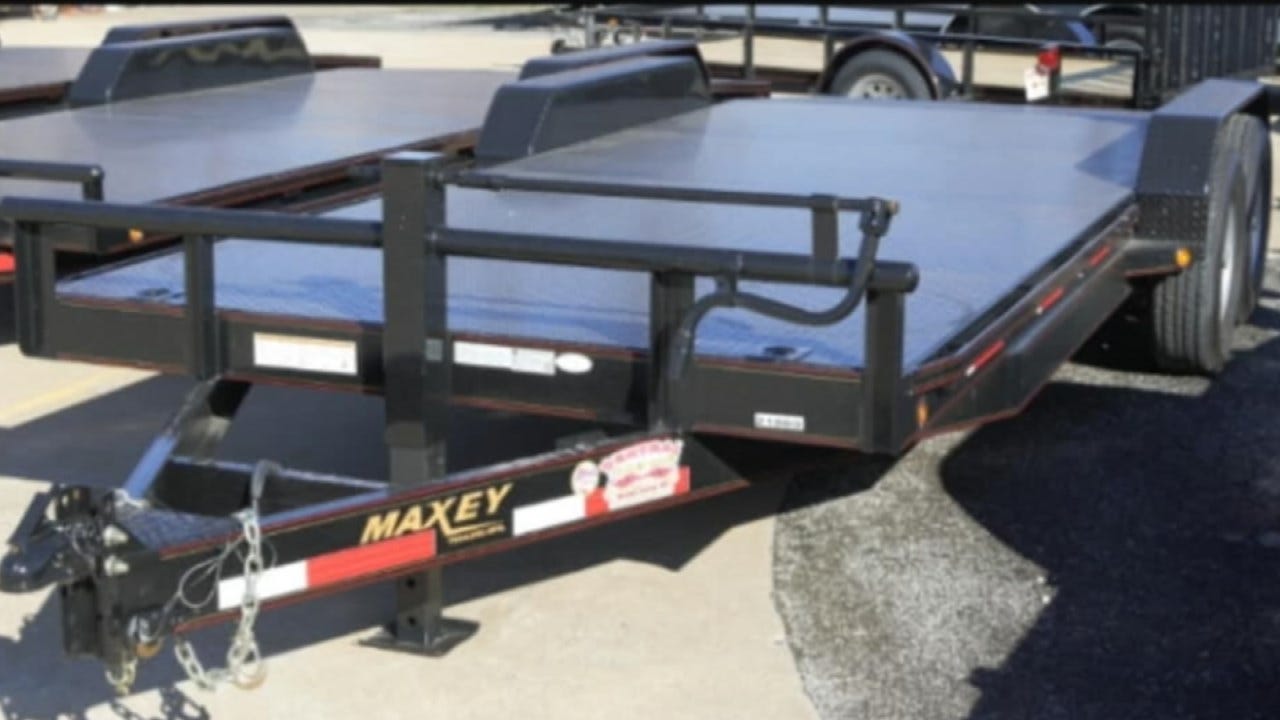 A Coweta woman says someone stole a $5,000 trailer right out of her driveway.

Stormy Little says the trailer belongs to her boss and she uses it for work, taking cars around the United States.

She says now she’s trying to figure out how she’ll make ends meet with the holidays right around the corner.

“Why would somebody take something that wouldn’t belong to them,” she said.

Little has a lot of questions and no answers.

“That’s how we make a big share of our living … we are dealer trade drivers and some of the vehicles have to be trailered,” stated Little.

“I don’t understand how they got it because we had the lock on the hitch, the reese hitch lock, we had a master lock on the lever.  I have no clue,” declared Little.

She says having a family to take care of makes the situation even worse.

“It means an absolute lot.  The holidays are coming and we have children,” she said.  “I want them to know that they are taking away from our family.”

She also wants the people who took the trailer to know if they needed help, the could have just asked.

“They could have knocked on the door and said, ‘Hey, I need to borrow that trailer,’ and my husband, nine times out of 10, would say, ‘Okay, what do you need it for?’” Little said.  “I just think people need to get a job.  We work for what we get.”

The family says they are offering a reward.

If you’ve seen the trailer, call the Coweta Police Department.