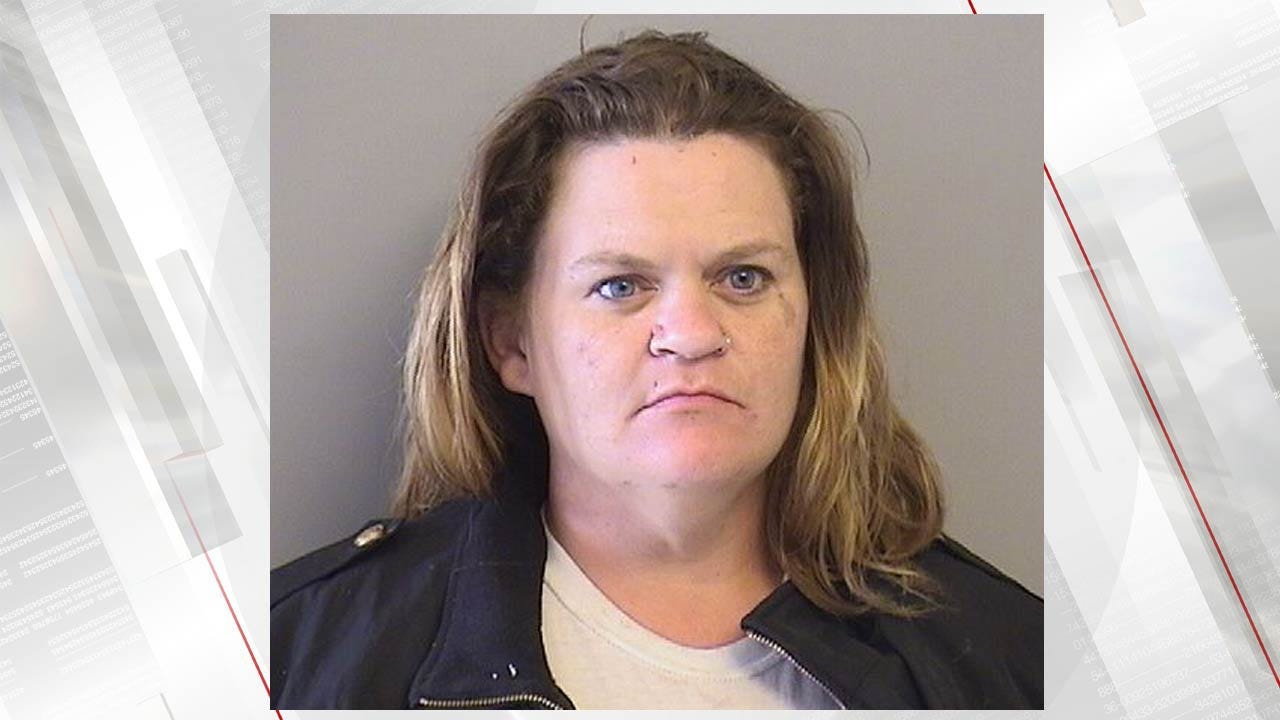 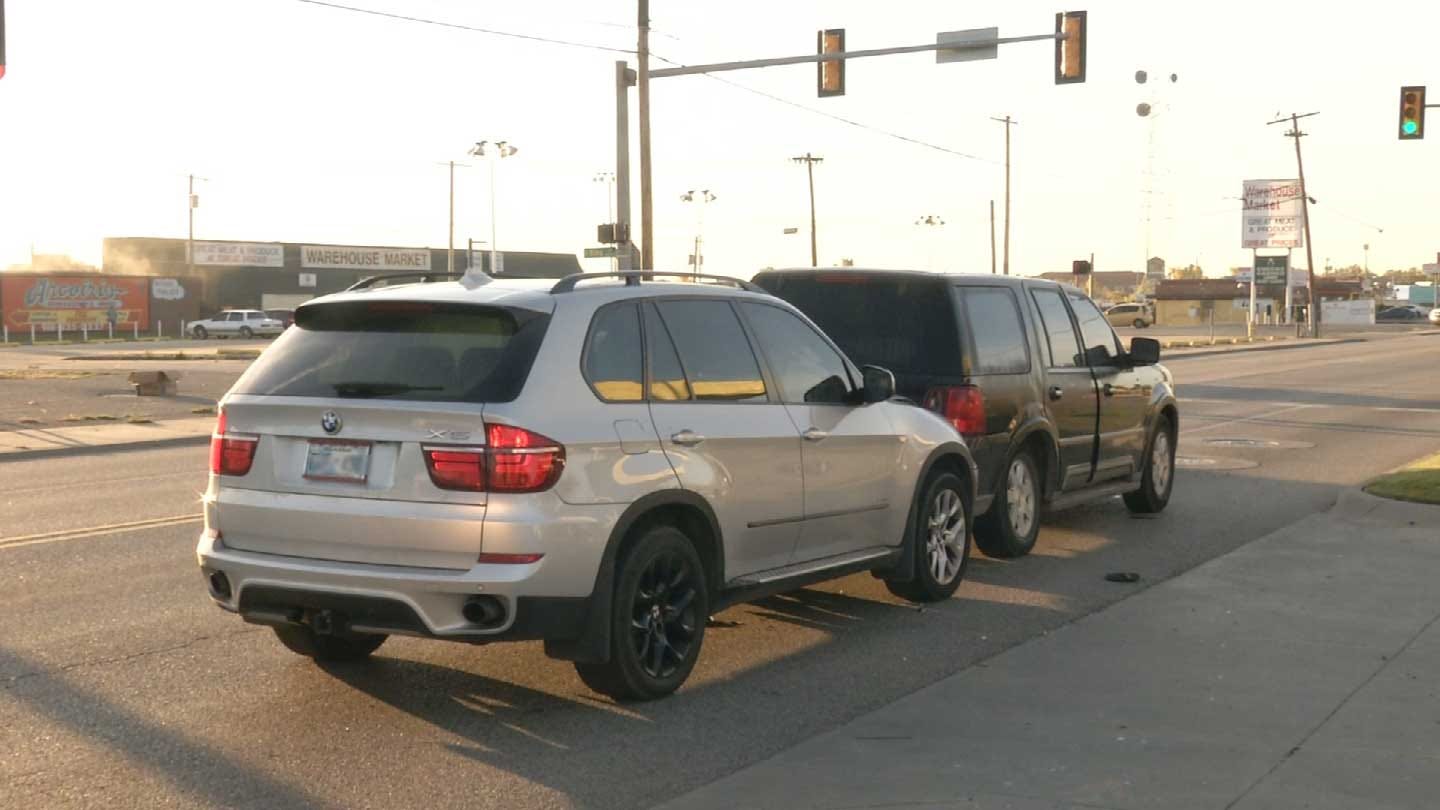 Tulsa Police arrested a woman they say was driving a stolen car and caused a chain-reaction crash Monday morning.

Police say Heather Ewing, 35, was driving a stolen BMW when it rear-ended a black SUV near Pine and Sheridan around 8 a.m. Monday, October 29. The impact caused the SUV to hit another car, they said.

Officers said the tags on the BMW came back stolen. Witnesses identified Ewing as the driver as she walked down the street, away from the crash, they said.

Police booked Ewing into jail on several charges, including possession of a stolen vehicle, leaving the scene of an accident. no driver's license or insurance and speeding.